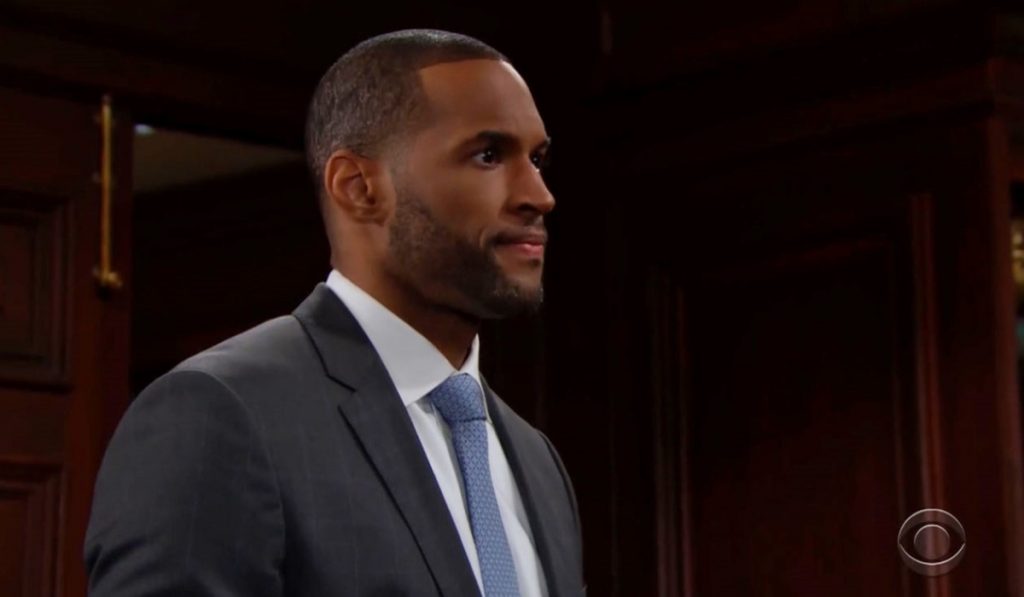 The Bold and the Beautiful spoilers reveal there will be some interaction between Carter Walton (Lawrence Saint-Victor) and Zoe Buckingham (Kiara Barnes). He gives her a sweet compliment then reveals what he’s really after. Whether her relationship with Thomas Forrester (Matthew Atkinson) is the real deal or not.

B&B spoilers confirm Thomas is just playing games. He has convinced Zoe that he is romantically interested in her. The two even slept together even though Thomas could only think of Hope Logan (Annika Noelle).

Not only is he playing games with Zoe’s heart, but with everyone else as well. He has convinced almost everyone that he really has moved on from Hope. However, there are a few that haven’t fallen for it. Those individuals are none other than Brooke Logan Forrester (Katherine Kelly Lang) and Liam Spencer (Scott Clifton).

It is teased that even though Thomas gets a victory when Hope collapses into his arms, he keeps up appearances. He will continue pretending to be in a relationship with Zoe. He even goes as far as to prepare a surprise birthday party for her with everyone at Forrester Creations.

The Bold and the Beautiful spoilers reveal Carter will give Zoe a big compliment. He tells her that she is beautiful and she is understandably flattered. However, he follows up the statement with a question. He wants to know if Zoe and Thomas’ relationship is genuine. What will she say?

The Bold and the Beautiful Spoilers: Zoe Buckingham’s Dilemma

Even though Zoe has genuine feelings for Thomas, it is clear that he is still thinking about Hope. On some level, she knows this deep inside. However, she is trying to make excuses and hopes that it’s not true.

Eventually, though, she will have to face the truth that when Thomas closes his eyes, it is not Zoe he dreams about. Instead, the only woman on his mind is Hope. What will she do and how will she react when she can no longer deny the truth?