The Bold and the Beautiful Spoilers: Bill Wants To Keep His Family Together & Wants To Destroy Quinn 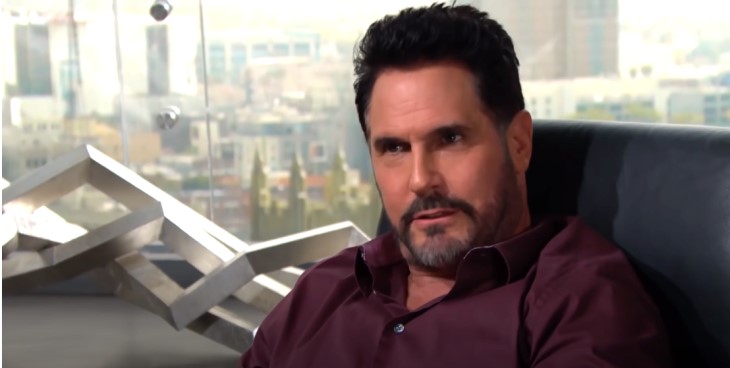 The Bold and the Beautiful spoilers indicate that if there’s anything that we have learned about Bill Spencer (Don Diamont) over the years, it’s that he’s a fighter. Not only is he going to fight for what is rightfully his, but he’s also going to fight those who are unnecessarily stepping on his territory. In other words, fans might want to prepare for battle! Here’s what you need to know.

Bill might have kissed Brooke Logan (Katherine Kelly Lang), but his heart will always belong to Katie Logan (Heather Tom). Speaking to Soap Opera Digest in a new interview, actor Don Diamont, who plays Bill Spencer on the hit CBS soap, makes it no secret that his character wants to keep his family together and is willing to do whatever it takes to make it happen.

But at the same time, he also has this to offer: “Yes, he is vulnerable to Brooke. They do have a lot of history. He does have a strong feeling for her, and she was in a compromised state when he was with her. However, they didn’t take it any further and Bill does not want his family torn apart, so he will do whatever he can to protect that.”

With that said, Bill is still going to get his revenge on his ex, Quinn Forrester (Rena Sofer) for nearly ruining the best thing he’s had in recent history. He believes that Quinn has no reason or business to destroy other people’s lives over a kiss that had nothing to do with her.

The handsome actor adds, “Quinn is a self-loathing witch who only has her own self-interest at heart. Bill is pissed. Will there be some hell for her to pay? I would certainly think he would go after her. That’s usually how he operates.”

The Bold and The Beautiful Spoilers: Steffy Forrester Could Be Next AMC Erica Kane #bb #boldandbeautifulhttps://t.co/3JnXuEwdGP

Needless to say, The Bold and the Beautiful fans will have to tune in to find out what will happen next. But if there’s one thing that we already know, it’s that there’s always trouble just around the curve, right?

In the meantime, don’t forget to come back right here for all the latest news, updates and spoilers on General Hospital, The Bold and the Beautiful, The Young and the Restless and Days of Our Lives.