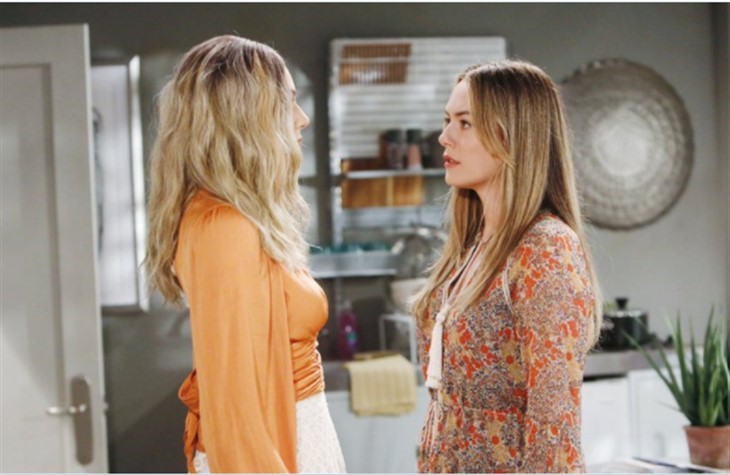 The Bold and the Beautiful spoilers reveal that Hope Logan (Annika Noelle) finally was introduced to the new woman in Thomas Forrester’s (Matthew Atkinson) life. While the mannequin looks exactly like her, Hope may secretly love the two “being together.” However, it has nothing to do with fashion design. She thinks that his obsession has been safely redirected.

The Bold And The Beautiful Spoilers – Thomas Forrester’s New Roommate

B&B spoilers reveal that Thomas impulsively stole a mannequin that looked exactly like Hope from Forrester Creations. He doesn’t understand why he took it home, but he has been hearing the life-sized doll talk to him ever since. In a new development, Thomas is now seeing the mannequin’s lips move when she “speaks.” Plus, Dolly Hope magically transports across the room in the blink of an eye.

After Liam busted into Thomas’ apartment, he was horrified to see Hope’s clone. After arguing for way too long, Liam trotted over to FC to tell Hope and Steffy Forrester (Jacqueline MacInnes Wood). While they both thought that the mannequin was creepy and strange, Hope decided to go see it for herself. She was in for a shock when seeing the mannequin. Even though she ordered it and saw pictures, this was the first time she looked at it in person.

The Bold and the Beautiful spoilers reveal that Hope knows the truth about why Thomas has the mannequin. Her facial expressions, as well as the slow and cautious way she spoke, made that pretty clear. She knows that Thomas took the doll because it looks just like her and he’s secretly still obsessed. At first, she wanted to be just as horrified as Liam. However, after giving it some thought, Hope played along.

Hope justified Thomas having the mannequin by suggesting it inspired him as an artist and made him an even better designer. She kept going on about how amazing his recent sketches have been. However, she has a more important reason for wanting to keep Thomas and Dolly Hope together.

In her mind, as long as the two are “together,” then his obsession has been redirected. Instead of Thomas being fixated on Hope, it’s been transferred to an inanimate object. Hope thinks this is safe and lets her resume a normal life without having to constantly worry. However, she is wrong about that. In fact, Hope might have just made the biggest mistake of her life and could have tragic consequences.