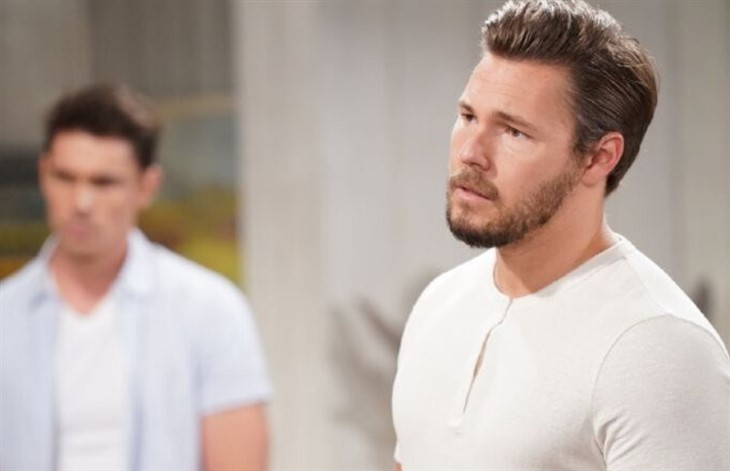 CBS The Bold and THe Beautiful spoilers and updates reveal he’s bold, he’s beautiful, and soon enough, he will have Steffy Forrester (Jacqueline MacInnes) whispering sweet nothings while he has her wrapped in his arms. Of course, we are talking about the new talented and handsome doctor in the house,

You would think that by now Liam Spencer (Scott Clifton) would be the kind of person who would hold on to someone special like Steffy, but that hasn’t happened. Instead, he only pays attention to her when another man is in the room. With that said, here are five reasons why Liam might already be jealous of Finn.

The entire time that Steffy was mourning the loss of the child that she thought she had adopted illegally, it seemed like Liam was never there. Instead, he was too busy catering to all of Hope Logan’s (Annika Noelle) needs. Now, Liam is all of a sudden presence in her life, but that’s because there’s also another man in the room, too.

#2 He Is Suspicious Of Dr. Finn

From the outside, Dr. Finn might seem like the perfect package. He’s handsome, he’s talented, he’s successful and most importantly, he’s kind, warm, and loving. Yet, Liam knows he has a reason to be suspicious of him. No one in this fictional town of Los Angeles can be that perfect, right?

#3 He Is Trying To Get The Forrester Family Involved

Liam is so concerned about Steffy that he is even trying to get the Forrester Family involved in the hopes that they too will see Dr. Finn as an opportunist. Unfortunately for Liam, Thomas Forrester (Matthew Atkinson) is quick to remind him that he doesn’t have a say in this situation.

Hope Logan is certainly going to have a reason to be upset again, especially when she realizes that Liam has been spending too much time worrying about his baby mama Steffy than the other resident baby mama that is supposed to have his whole heart.

The Bold And The Beautiful Spoilers: Steffy Overdoses, Kelly In Danger, Liam Panics!https://t.co/Aoq5slwdcy

Let’s face it: Liam Spencer certainly is the kind of guy that always realizes that he had something very special going on the moment that he loses it. Now that Steffy is in the situation that she’s in, he might have realized that he made a huge mistake in letting her go.