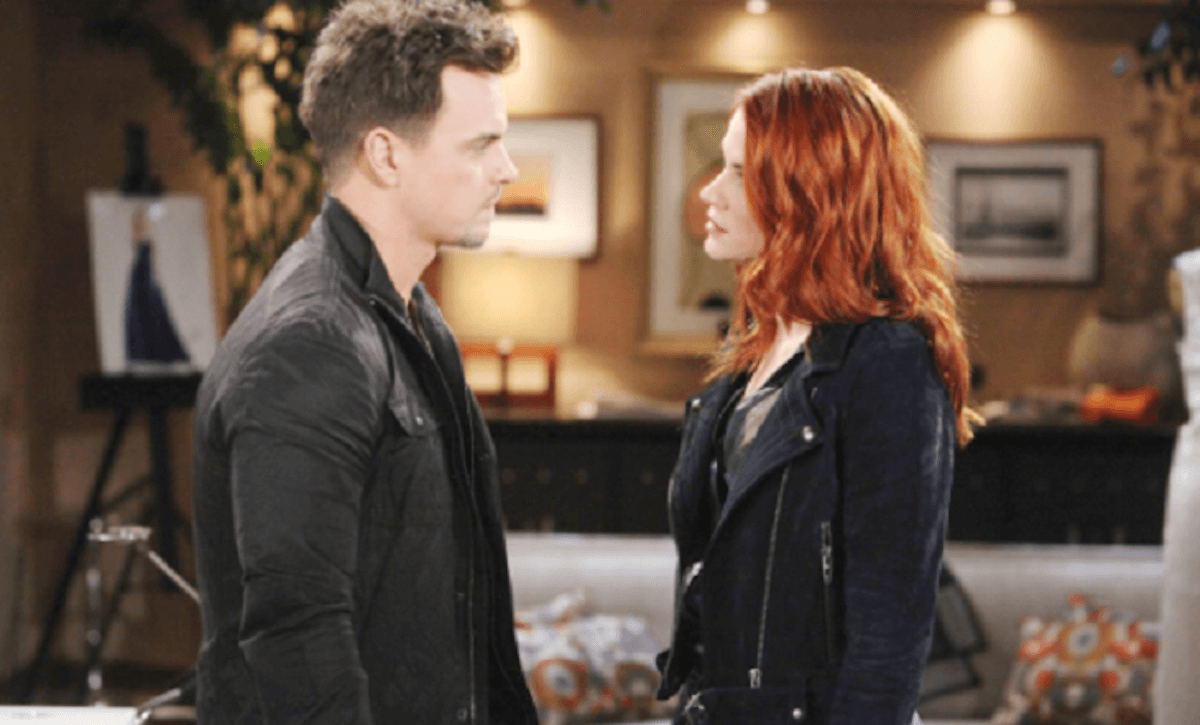 The Bold and The Beautiful spoilers tease that although Wyatt Spencer (Darin Brooks) and Flo Fulton (Katrina Bowden) have made a very noble decision for Wyatt to spend Sally Spectra’s (Courtney Hope) last days with her, making them the happiest days of her lives, even going through with marrying Sally, what is going to happen if she doesn’t die after all?

As viewers of The Bold and The Beautiful will recall, Sally refused second opinions and experimental protocols when she received her diagnosis of terminal disease, in spite of Katie Logan Spencer (Heather Tom) trying to encourage her to seek them and to fight to live. Sally won’t even accept medicines to make her comfortable, as she doesn’t want to be under the influence of medicines that might just make her do nothing but sleep. She wants to live whatever life she has left coherently!

Sally had sworn Katie to secrecy but Katie told several people anyway, feeling it was for Sally’s own good; she told her husband first, just because she needed to talk about it, then she told Wyatt, who in turn had told Flo, leading Flo to encourage Wyatt to spend Sally’s last days with her and make her happy, telling her to move in and ultimately even marry her as promised, since Sally was only given a month to live and a lot of that has already gone by! Every indication is that she will die – but what if she doesn’t?

The Bold and the Beautiful Spoilers Thursday, February 27: Wyatt Stuns Sally With An Admission & An Invitation – Katie’s Impressed With Flo https://t.co/58b8NSasIg pic.twitter.com/J7NQL0ql7i

Katie will override Sally’s wishes again and she will bring in a doctor, who is a family member of hers, who one time found a solution for her heart disease – at least temporarily, until she needed a transplant and her brother Storm Logan (William DeVry) who was also Flo’s birth father valiantly took his own life so Katie could have his heart, when no other donor could be found in time to save her life! It is easy to see that Flo inherited her noble character and kind heart from her birth father, although she never knew him!

This time Katie contacts Dr. Bridget Forrester (Ashley Jones) to fly in from New York. This is a huge clue that Sally may not die after all – even though it is not expressly stated that Bridget is an oncologist, it seems that saving Sally’s life would be the only reason for scriptwriters of The Bold and The Beautiful to bring Bridget back at this time!

Days of Our Lives Spoilers: Kristen Believes Her Baby Is Alive – Will Brady Believe Her?