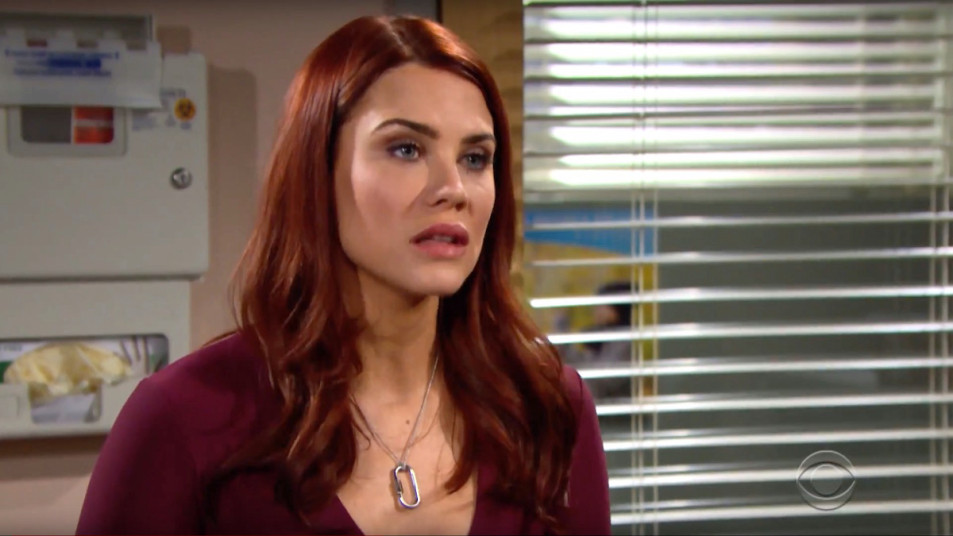 The Bold and the Beautiful spoilers for Wednesday, January 29, tease that Sally Spectra (Courtney Hope) will take some time to put herself first. As B&B viewers know, she’s experienced some terrible setbacks lately. First, she underwent a terrible scene at Forrester Creations when Steffy Forrester (Jacqueline MacInnes Wood) and Ridge Forrester (Thorsten Kaye) started questioning the quality of her work. She’s now worried that she could be fired from the fashion house.

Then, Wyatt Spencer (Darin Brooks) told her that he was still in love with Flo Fulton (Katrina Bowden) and that he wanted to break off their engagement to be with Flo. The whole thing was almost too much for Sally to take, but her problems at Forrester Creations and with Wyatt aren’t the only serious issues that she’s currently facing.

Sally Spectra Decides To Take Care Of Her Own Needs First

The Bold and the Beautiful Spoilers: Is Thomas About To Change His Tune? Long Road to Redemption Ahead https://t.co/ZpjPVngWdi pic.twitter.com/nQoDooYmHm

As B&B viewers know, Sally has been experiencing some serious health issues. She nearly passed out when she was at Flo’s apartment, and her hands have been trembling to the point where she’s been unable to work or concentrate. Well, on Wednesday’s episode of B&B, it looks like Sally will decide that she needs to just focus on herself and get the medical attention that she clearly needs.

According to B&B spoilers, Sally will head to the doctor to explain her symptoms and hopefully get some answers about what’s wrong with her. Luckily, it seems that Katie Logan (Heather Tom) will get wind of Sally’s issues, and she’ll be there to provide emotional and moral support along the way. Perhaps Sally will run into Katie at the hospital as Katie is there for a checkup. At any rate, it’s good that Sally will have someone with her, since it looks like she’ll ultimately get some terrible health news.

Meanwhile, on Wednesday’s new episode of B&B, Eric Forrester (John McCook) and Ridge will get an earful from Quinn Forrester. As B&B viewers know, Eric has just told Quinn that Shauna Fulton (Denise Richards) can’t stay in the guesthouse and that she has to move out pronto. That left Quinn fuming and feeling like she had lost control over what happens in her own home.

Of course, what really irks Quinn about the whole situation is not so much that Shauna has to leave, but that Brooke Forrester (Katherine Kelly Lang) is totally getting her way over something that is happening in her home. Quinn’s peeved because Eric is letting Brooke dictate who can and cannot stay in a home that isn’t even hers, and Quinn also knows that Brooke wants Eric to throw her out of the house as well.

Well, the Bold and the Beautiful spoilers say that Quinn will let both Ridge and Eric know in no uncertain terms that she isn’t going to back down to anyone, let alone Brooke. We’ll see how that conversation unfolds. Ridge will probably be on edge to learn that Eric kicked Shauna out, and he’ll probably be seriously worried when he realizes that Quinn and Brooke are engaged in a full-out war.