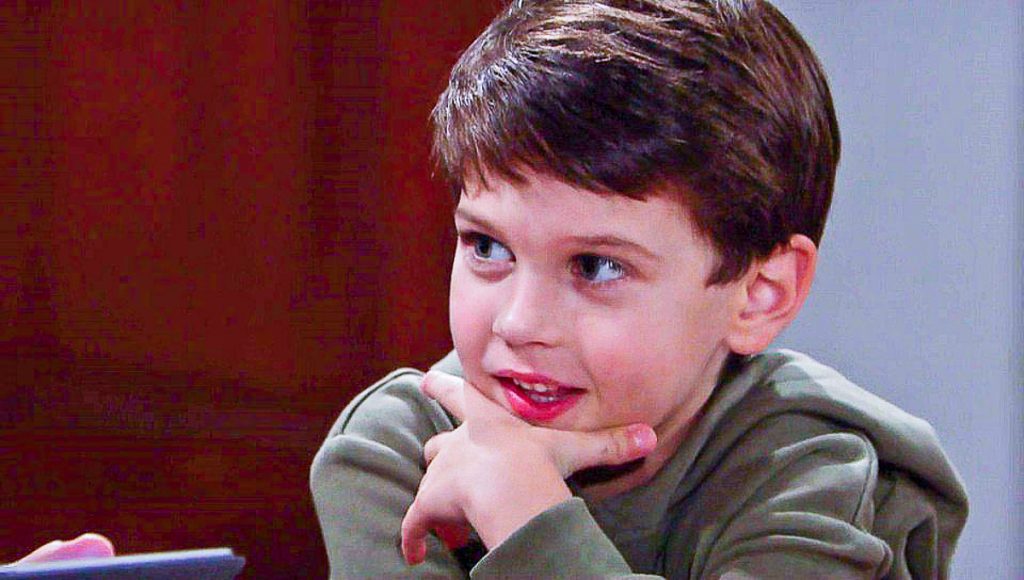 The Bold and the Beautiful comings and goings previously announced Henry Joseph Samiri’s return. We are going to see more of his character. In fact, expect another big scene with young Douglas Forrester this week. Plus, where are Bill Spencer (Don Diamont) and Katie Logan (Heather Tom)?

B&B comings and goings reveal that after a long absence, we finally saw Douglas again. He was in scenes with Hope Logan (Annika Noelle), Thomas Forrester (Matthew Atkinson), and Liam Spencer (Scott Clifton). Well, it turns out that we are going to see even more of Douglas during the week of November 23.

According to the new issue of Soap Opera Digest, Douglas will appear in another scene airing on Monday, November 23. This must have to do with Douglas having dinner with his dad, Thomas. Last week, we left off with Hope sticking around Thomas’ apartment and helping Douglas put together a robotic hand. Meanwhile, Thomas was dealing with a boxed up Hope mannequin giving him orders.

The Bold And The Beautiful Spoilers – Bill Spencer Is Missing

The Bold and the Beautiful comings and goings don’t reveal any new scenes for Bill Spencer. It’s been quite a while since we have seen him. We do know that Bill is going to have a really big story coming up at the beginning of 2021. However, there must be some update sooner than that on what’s going on in Bill’s life. Surely he will be there for Liam when he discovers Hope “betrayed” him with Thomas.

Speaking of Bill, we also haven’t seen Katie Logan. It seems that she still hasn’t taken Bill back after finding out about him kissing Brooke Logan Forrester (Katherine Kelly Lang). The last we heard, executive producer and head writer Bradley Bell told Soap Opera Digest about a big story coming up for her. It’s connected to Bill and the scribe teased that Katie is just done. But we all know that doesn’t mean much in the soap opera universe. Hopefully, we see Bill and Katie before the end of the year!