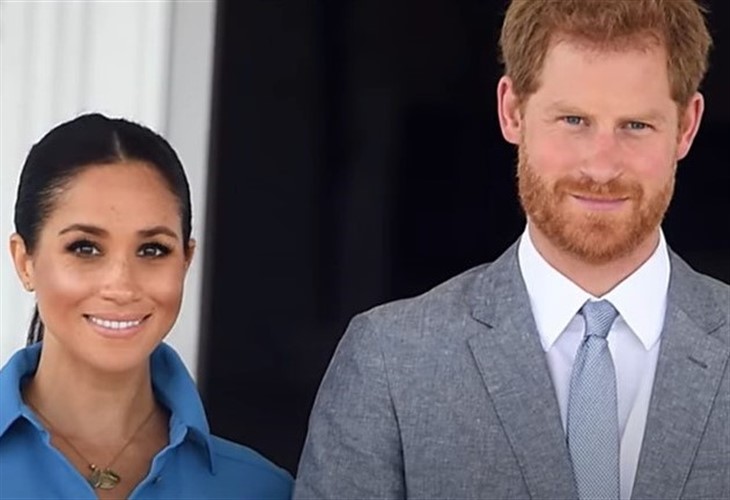 British royal family news reveals that just when you thought Prince Harry Duke of Sussex couldn’t shock more than he already has with his flagrant and callous behavior, the bar is lowered. It was shocking when he and his wife Meghan Markle signed a deal with Netflix, the purveyor of The Crown which makes his family look like foolish fops.

What were they thinking, asked royal watchers around the world? Maybe they were thinking about themselves and no one else?

Their massive production deal provides enough green to keep them sitting pretty for a long while, which is what their goal was after all: financial freedom.

Royal biographer Angela Levin is now spilling the tea on just what Harry was thinking about getting into bed with his family’s enemy. According to her, Harry confided in her two years ago that the royal family did indeed watch the series, but that he was determined to make sure it stopped before it got to his adult life and relationship with Meghan Markle.

Harry and Meghan reportedly used their position as partners with Netflix to demand that The Crown end before it got to their royal drama, and Levin fears the strategy might backfire and that Netflix might actually end up, “getting a lot of information that will absolutely decry the royal family,” from the Sussexes.

Since The Crown doesn’t always portray every member of the royal family in the most positive of lights (like its ongoing implications of Prince Philip’s infidelity), some wondered if the Sussexes’ decision to ink a deal with the streaming giant would add even more stress to their already-strained relationship with the rest of the Windsor clan.

The Mirror reports there are suggestions that Harry and Meghan used their influence to demand that the future of The Crown not cover their own lives. Levin wrote the 2018 bio Harry: Conversations with the Prince, and thinks this could backfire on them.

Levin said the Sussexes’ decision to sign with Netflix is a “terrible error” because The Crown “is ridiculing his father, his mother and his grandmother.” Levin claims that Harry told her two years ago that the royal family were, “all absolutely watching everything” on The Crown, but was already declaring that he was “going to insist it stops before it reaches me.”

She adds, “I think the way that he has left the Royal Family, the way he did it, and he’s changed. He’s almost unrecognizable from Prince Harry I spent a lot of time with. But I think, you know, Meghan is desperate to earn lots of money and Netflix offered them something. I think they’re being naive as they have been about lots of things in that they don’t realize that a big company like Netflix is going to want its pint of blood. They’re going to delve in and get a lot of information that will absolutely decry the Royal Family.”