The Bold And The Beautiful (B&B) Spoilers: Paris Fights Back! Fed Up With Zoe’s Bullying 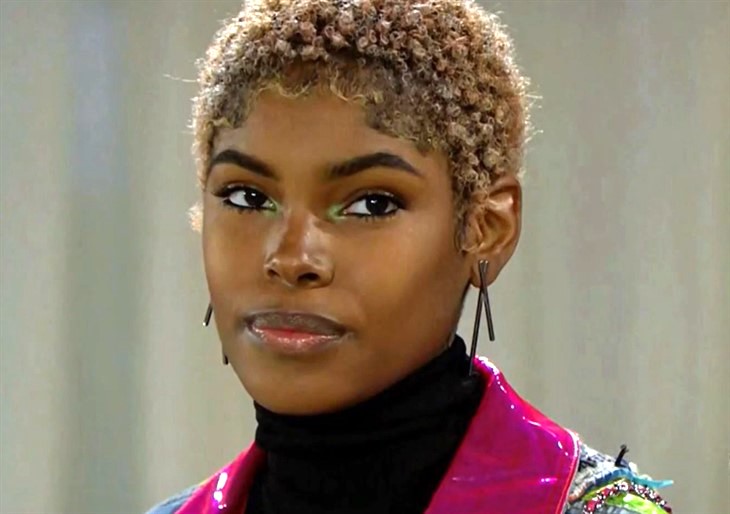 The Bold and the Beautiful (B&B) spoilers reveal that Zoe Buckingham (Kiara Barnes) was pleasant when her sister arrived. Since then, things have gotten tense between the siblings. Zoe has talked down to Paris Buckingham (Diamond White) and tries to force her out of town. Expect Paris to get fed up with Zoe’s jealousy and bullying.

The Bold And The Beautiful Spoilers – Zoe Buckingham’s Inner Conflict

B&B spoilers reveal that Zoe acted pleasantly surprised when Paris showed up in L.A. However, there was a subtle hint of apprehension. Barnes told Soap Opera Digest that Zoe doesn’t want any of her family ruining the life she has built. Now that some time has passed, we are starting to see which one is the real villain in this story.

Right before Paris made her big debut, it was teased that the Buckingham sisters have always been competitive. Most of the time they fought over boys. Now, Zoe is the big sister and she probably wants her own life. If she grew up always competing with Paris, then she doesn’t want to worry about that as an adult. Zoe is threatened by her sister charming the pants off Zende, but she’s also concerned about her career.

The Bold And The Beautiful Spoilers – Charming And Impressing Everyone

The Bold and the Beautiful spoilers reveal that Paris is quite charismatic. She knows how to talk to people, how to be heard and how to listen to what others are really saying. These skills are invaluable. She is already winning everyone over and all she has to do is show up and smile. That must be infuriating for Zoe, who keeps bringing up how hard she’s had to work to get where she is today. We think Zoe climbing up the social and career ladders had very little to do with her “work.” It was more about who she knew in the company.

In fact, Zoe had quite the condescending and snotty tone with Paris at the Forrester Christmas party. She was talking to her little sister like she was a toddler, telling her it’s a private family event and she just couldn’t walk in because she felt like it. Of course, Paris did text her sister to let her know she would be there. How would she even know the Forresters address unless another party guest gave it to her?

The new issue of Soap Opera Digest confirms that Zoe demands Carter Walton (Lawrence Saint-Victor) rescind Paris’ job offer. Then, the model tries to kick her sister out of Los Angeles! Zoe will try to bully the recent college grad in order to get her to leave town, but it doesn’t work. Paris stands up for herself and tells Zoe what the real problem is… she’s just jealous and a bully. It sounds like the sibling rivalry is really going to heat up! But who is in the wrong? Is Paris inserting herself into Zoe’s life and career? Or is the model just threatened and jealous of her little sister?