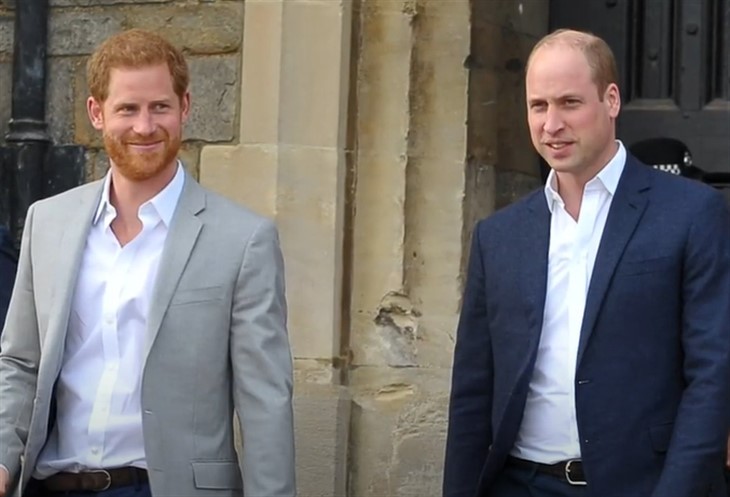 British royal family news shows the clock is ticking down for Prince Harry and Prince William to heal the reported rift between them before they reconvene for the one-year review of Megxit. One royal watcher thinks if they can’t mend fences in the five months before that day, the once-close relationship may never again be the same.

Battle of Brothers is the latest authoritative royal book by Robert Lacey, a consultant to the series, The Crown. According to Lacey, the brother’s resolving the beef that is said to stand in their way, “no longer rates highly the chances of reconciliation.”

Prince Harry and his wife Meghan Markle are currently halfway through their Megxit probation period. In March Queen Elizabeth, Prince Charles, and Prince William will review Markle’s relationship with the monarchy.

Lacey told Newsweek that there is one key item that could make or break the brother’s bond going forward. And that is the possibility that Prince William is given Prince Harry’s former military title as Captain General of Royal Marines. That is a deal-breaker according to Lacey.

He went on to say, “There have been stories that it’s going to be assigned to William. Were that to be the case, that would be the end of it.”

He is referring to speculation that Prince William will take over Prince Harry’s role as Captain General of Royal Marines after Harry’s military appointments were removed post-Megxit.

Prince Harry was said to be “devastated” to give up his military honors but clearly not enough to forgo his dream of “financial freedom.”

UK Royal Family News: What Is Working Against Prince Harry And Prince William Healing Their Rift?

According to sources, William has been talked to about the role, and he wants to take it. A source told the Express, “The decision has been made to invite Prince William to take over this important duty, largely on the basis that the Duke of Sussex has given no reason to believe that he will alter current arrangements. Quite the opposite, in fact.”

The insider added, “The Corps is, in effect, without a Captain-General and we really must get on and fill this role.”

Prince Harry was given the cherished appointment in December 2017, succeeding his grandfather, Philip, the Duke of Edinburgh. At the time everyone was pleased with the arrangement. Then Harry dropped Megxit two weeks later throwing the monarchy into chaos.

It was Prince Harry’s highest military title and he said he “regretted” losing it. But in light of the way he’s immersed himself so thoroughly into the Hollywood lifestyle, it appears to be a case of actions speaking louder than words.