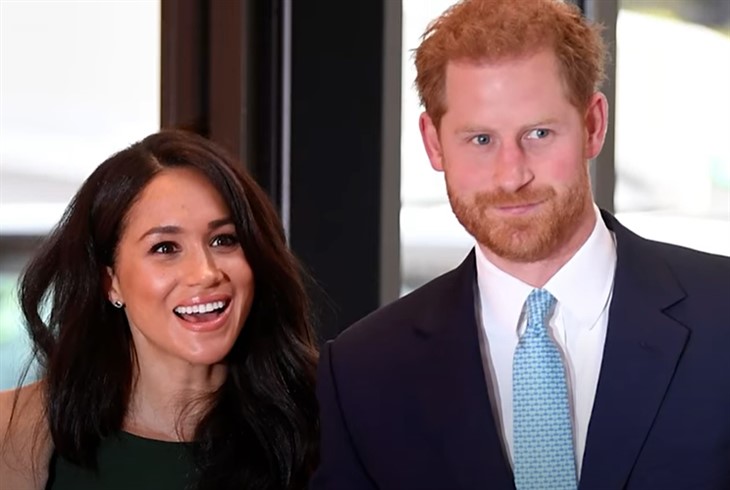 British royal family news has a bombshell to drop about Prince Harry, Duchess of Sussex Hollywood destiny. According to British royal author Robert Lacey, the insolent prince was going to ditch his London based family whether or not Meghan Markle was in the picture.

He told SheKnows that Harry was unhappy with his role years before the B-list actress came on the scene and together they pulled off Megxit. He calls Harry’s issues a classic case of the heir and the spare. Meaning that Prince William was heir to the throne while second-born Harry was merely a rebound should the fam ever need one

Was Prince Harry Disaffected About Being The Spare To Prince William’s Heir?

Lacey believes that the boys were close growing up but that at some point William began to get different treatment based on the fact that his destiny was to rule the country—one has to prep for these things in advance!

He claims that William was given preferential treatment while Harry was left to his own devices. In this regard, he is like other second-born royal siblings Princess Margaret and Prince Andrew who were somewhat out in the cold while watching the firstborn sibling get all the attention.

Lacey asserts that into this void sashayed one B-list actress in Meghan Markle and in effect gave him a way out of the royal family. But make no mistake, Lacey thinks Harry would have jumped ship sooner or later, even if it was to be on his own.

Did Meghan Markle Offer Harry A Better Reality Than That Of Being A Spare?

Lacey has written the tell-all Battle of Brothers and he knows where whence he speaks: he is a valued consultant to the series The Crown.

The historian says, “They say the life of a spare is very cruel. They start off as costars I mean, your elder mothers or grandmothers will remember the little princesses, and Elizabeth and Margaret were treated and presented just the same. Two charming little girls, equal status.”

“But with every passing day and obviously with marriage and the birth of children, it’s all downhill from then onwards.”

Was Harry Feeling Left Out Of His Family And As If He Had To Forge A New Destiny On Another Continent?

When Prince William married Kate Middleton they became rock stars and Lacey thinks that at that point Harry was growing resentful as a third wheel.

“In the end, the frustration would have come out,” Lacey says. “I mean, clearly the royal plan and expectation were that Harry would marry a nice, interesting girl called Henrietta or Annabel.” And we presume that one named Rachel Meghan Markle was nowhere to be found in the fairytale book list of names.

The Bold and The Beautiful News Update: Want To Win A Special B&B Mask? Details HERE