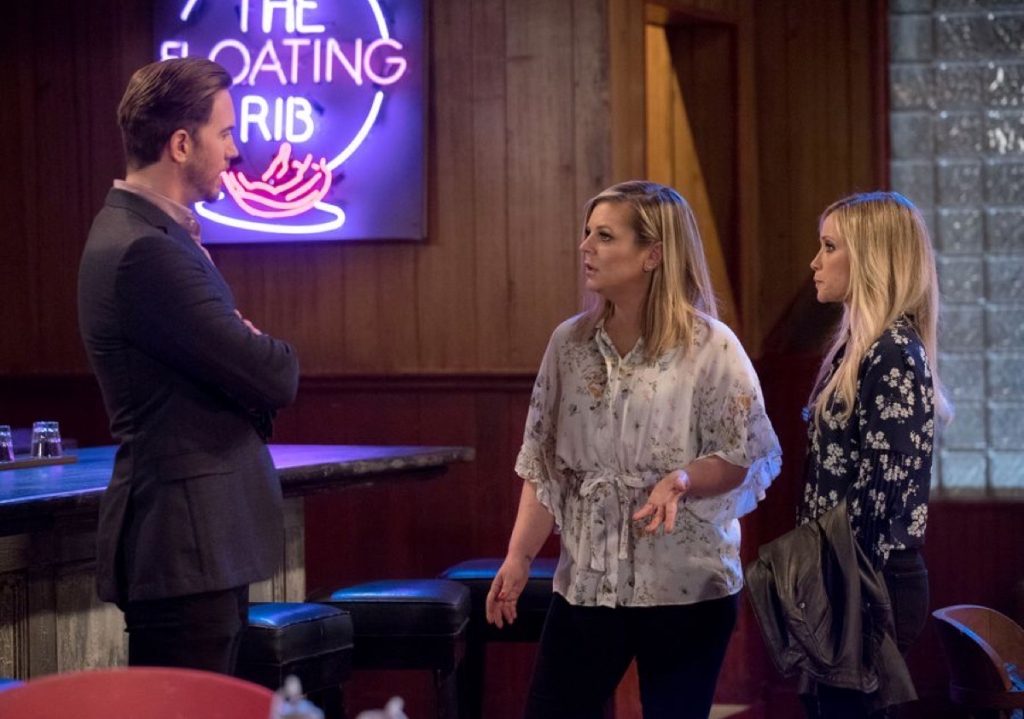 General Hospital spoilers tease that with Emme Rylan’s upcoming exit from GH, Lulu Spencer will be gone from Port Charles, New York ! Here’s how, when, and where it could happen, and who else it could affect!

It would not make a lot of sense to viewers for the GH powers that be to kill off a legacy character, but we can’t rule it out. Right now Lulu is in some pretty dangerous waters again with writing an exposé on Cyrus Renault (Jeff Kober), and working for Peter August, (Wes Ramsey) another dangerous character.

Peter is in the crosshairs of Liesl Obrecht, (Kathleen Gati) as well as Anna Devane (Finola Hughes). Anna herself was “dead” for many years, Lulu’s brother Nikolas Cassadine (Marcus Coloma) was “dead” and so was Jason Morgan (Steve Burton)! But they all were revealed alive later, so even if they do “kill off” Lulu she may return alive at some time in the future!

Either way, Lulu will be gone, however, she leaves, and it’s implied that she will be missing from the General Hospital canvas for a while. Perhaps they can write her into witness protection for a few years! After all, by the time she gets done investigating, she’ll have lots of information that could definitely make her a target! Plus, there’s Alex Devane (Finola Hughes) coming to Port Charles and she’s after Anna; and you just never know when Ryan Chamberlain (Jon Lindstrom) might pop up!

GH Spoilers – When And Where Could It Happen?

Onset sources leaked that an explosion scene was filmed at the end of October, so we could expect to see that scene on our television screens in about four to six weeks. Lulu could be a victim of the explosion. While it’s not absolutely been revealed how or where she leaves, it has been announced that along with Lulu, several other characters will exit as well. An explosion could kill several characters. One good possibility is that the set that explodes will either be the wedding venue for Maxie Jones (Kirsten Storms) and Peter, or possibly the reception venue.

There would be lots of people there, and Lulu certainly would be there supporting her bestie as she gets married! We do know that Julian Jerome (William DeVry) will be leaving too, so they could be in Charlie’s Pub and that might be where the explosion takes place. Or, these could be two separate exits in two separate ways! Both Lulu and Julian could be victims of Cyrus, considering he’s been trying to get Julian to work with him and also trying to buy the pub, and Julian keeps turning him down!

Who Else Could Be Affected By Lulu Spencer’s Exit?

Dustin Phillips (Mark Lawson) could be affected and leave with Lulu – possibly, whatever happens, will happen to the two of them together. Dante will be definitely affected, but since he has just returned it’s unlikely he’ll leave again so soon, although anything is possible. Dustin and Lulu could be collateral damage in the takedown of Peter, or they could be in Charlie’s Pub when Julian is attacked. It’s possible that Julian’s Pub may be where the explosion takes place! Laura Collins (Genie Francis) has not yet returned, but she would definitely be affected. With the news of more exits coming, she may not even return at all!

That may lead to an exit for Dr. Kevin Collins (Jon Lindstrom). Charlotte Cassadine (Scarlett Fernandez) may return to Valentin Cassadine (James Patrick Stuart) and Rocco Falconeri (O’Neill Monahan) may either live with his father or Sonny and Carly Corinthos (Maurice Benard, Laura Wright)! Nikolas could also be affected, and both he and Ava Jerome Cassadine (Maura West) could exit the canvas with the exit of Julian! Time will tell!

Stay tuned to GH, and keep checking General Hospital spoilers frequently, for all the latest news, updates and developments!