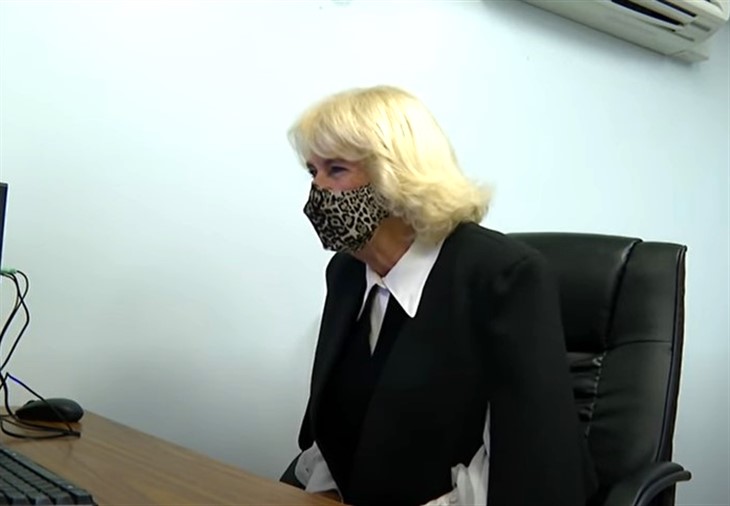 Royal Family news reveals Camilla Parker Bowles has shown royal fans a side of her that we clearly haven’t seen before. The Duchess of Cornwall made a very stylish statement while visiting the Pepper Pot Center in West London with a Leopard print face mask. It’s the first time that fans have ever seen Camilla take a walk on the “wild side,” or at least with her wardrobe. Here’s what you need to know.

According to reports, Camilla, who has certainly been making one very fashionable statement after another this year, donned a black blazer vest with a white blouse and leopard print face mask for her royal engagement. She also packed brownies baked at Clarence House into food parcels to pass out to members while there.

While at the center, Camilla also visited a games room where she met and chatted with the staff. Later in the day, the Duchess participated in a Zoom call with members of the Pepper Pot Center to hear about their experiences about the coronavirus pandemic and lockdown while also offering them support.

Of course, this isn’t the first time that Camilla has received rave reviews for her stylish fashion choices. Earlier this year she also turned heads when she was photographed in jeans while at home with Prince Charles during the beginning of the coronavirus pandemic in mid-March. Many fashionistas have also noticed that Camilla’s wardrobe has gotten more stylish, modern, and cutting edge as she is apparently looking to revamp her image.

Even though Queen Elizabeth would never wear a leopard print face mask in public, Camilla Parker Bowles doesn’t mind stepping out of her comfort zone. And yes, fans are liking this new side of the Duchess.

Along with her fashion choices, many royal fans have praised both Prince Charles and Camilla for being down to earth during her royal engagements and public appearances and most importantly, keeping out of the headlines. Critics agree that Camilla has been a refreshing break from all of the royal drama in the British press these days.