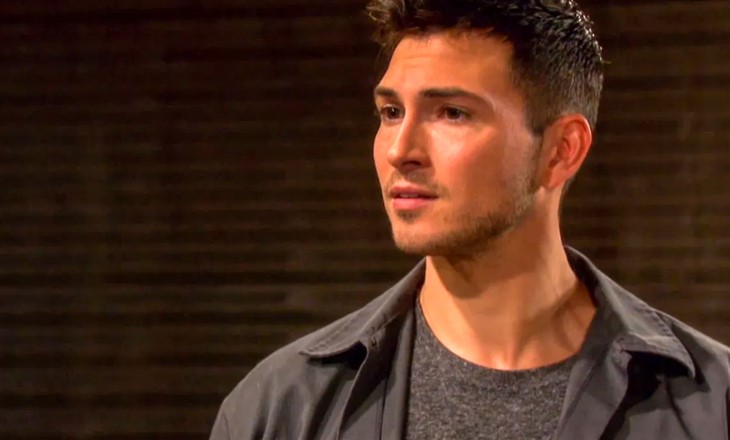 NBC Days of Our Lives spoilers reveal that Ben Weston (Robert Scott Wilson) tries to cope after his wife’s “death.” He has vivid dreams of special moments they shared, what they would be doing right now and even joyful celebrations of anniversaries and children. His dreams end up giving him hope, but then he also finds himself shattered, the actor explained.

DOOL spoilers reveal that Ben will get so close to saving Ciara Brady Weston (Victoria Konefal), who was kidnapped by Vincent (Michael Teh). However, he is horrified when she seemingly dies during a sudden explosion. They never even got to enjoy life as newlyweds because Eve Donovan’s (Kassie DePaiva) plan was put into action on their wedding day. There was speculation that Ben might revert back to being a serial killer after losing Ciara, but that doesn’t seem to be the case.

In the latest issue of Soap Opera Digest, the actor talked about what Ben is going through following Ciara’s death. He will draw himself inward and have extremely vivid and realistic dreams about his life with Ciara. Over time, Ben starts to have these dreams on a regular basis and comes to expect them.

Days Of Our Lives Spoilers – A Tiny Bit of Hope

Days of Our Lives spoilers reveal that these dreams give Ben a little bit of hope and they fill him with some happiness. The actor told Soap Opera Digest,

“There’s this spark of life that these dreams give Ben. They deliver this hope and faith that [Ciara might be alive], and Ben wants to try and believe in it as much as possible.”

Now, it’s interesting that Ben’s dreams give him a sliver of hope that Ciara might still be alive. It is teased that in the next few weeks, Hope Brady (Kristian Alfonso) starts to become convinced that her daughter didn’t die in that explosion. So, perhaps Ben’s dreams are really a message not to give up yet.

Even though Ben does get some hope in the dreams, he ends up feeling shattered. In the dream, Ciara asks him how she got the rings in the dream. Wilson explained that Ciara’s words instantly jolt him awake and he realizes that he is alone.

“He wakes up alone, and he’s gripping Ciara’s rings in his hand. It’s like a vise that delivers the message to him [that Ciara is gone], and the rings are all he has left of her.”

What do you think happened to Ciara Brady Weston? Are Ben Weston’s dreams a message not to give up on his wife? Or are they confirmation that Ciara is gone forever? We will have to keep watching the NBC soap opera to see what happens with this storyline.