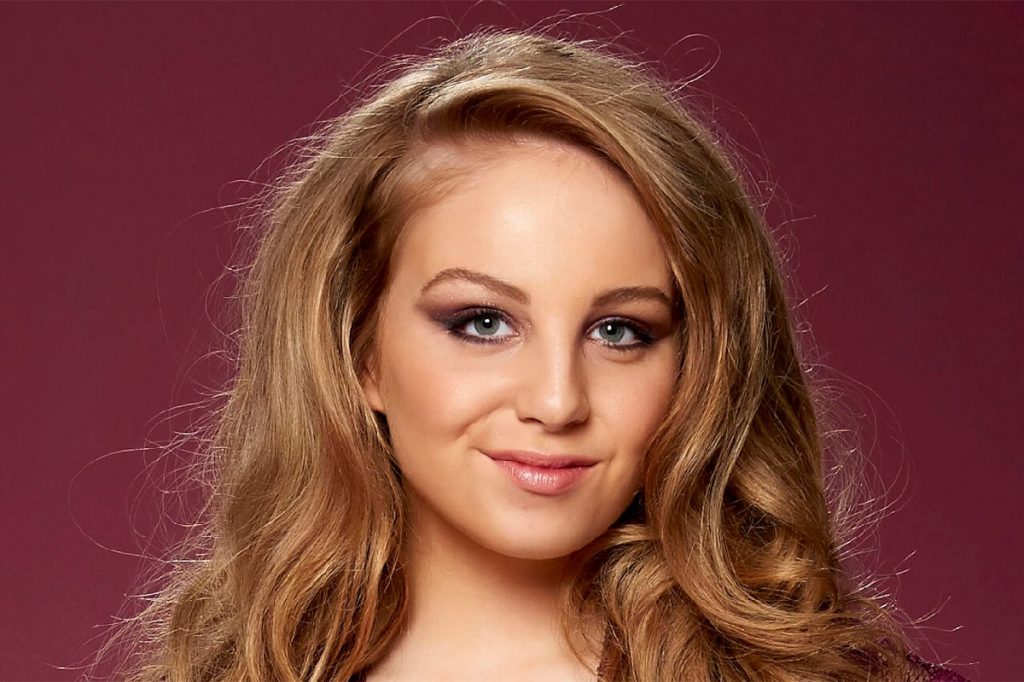 Emmerdale spoilers reveal that Andrea Tate (Anna Nightingale) will get her revenge. Not only does she expose the affair, but she manages to make herself look stunned and devastated by the big reveal. Even Jamie Tate (Alexander Lincoln) is convinced. Everyone ends up turning against Belle Dingle (Eden Taylor-Draper), even her married lover!

Ever since Andra realized that Jamie has been lying to her and continued seeing Belle, she has wanted revenge. She roped Leyla Harding (Roxy Shahidi) into helping her. During the week of June 1, the plan will go into effect.

During a pub quiz, Leyla goes around and collects everybody’s cell phones. This includes the unsuspecting Belle. A few hours into the quiz, Jamie and Belle’s text messages appear on the big screen for everyone to see. Andrea wanted to humiliate the pair and she certainly does that.

Emmerdale spoilers reveal that Andrea takes it up a notch by playing the victim to perfection. She appears shocked, screams at Jamie, starts crying, acts like she’s totally disgusted with him, then flees The Woolpack.

According to Eden Taylor-Draper’s interview with Digital Spy, Belle ends up feeling disgusted with herself. She just wants to disappear and is mostly getting negative reactions from everyone. The only person that defends Belle is Charity Dingle (Emma Atkins).

“I think Belle instantly wants to curl up in a ball and disappear. I think the reaction from the pub makes her realize what she’s actually done to a family. She can’t believe what’s happening and feels sick to the core.”

Emmerdale spoilers reveal that Belle will face backlash from practically the entire village. But that’s not all, Jamie even turns against her. He blames her for the affair being publicly exposed, although she had nothing to do with it.

In fact, he even says that it must be her because nobody else would be that “crazy.” He knows full well her mental health history, so that’s like a slap in the face to Belle.

In the end, Belle decides that she needs to do whatever is necessary to fix this mess. She even feels like she has let Jamie and Andrea’s little girl Millie Tate (Willow Bell) down. But how does she plan to repair the damage? We will have to keep watching the soap to find out and to see what happens next.