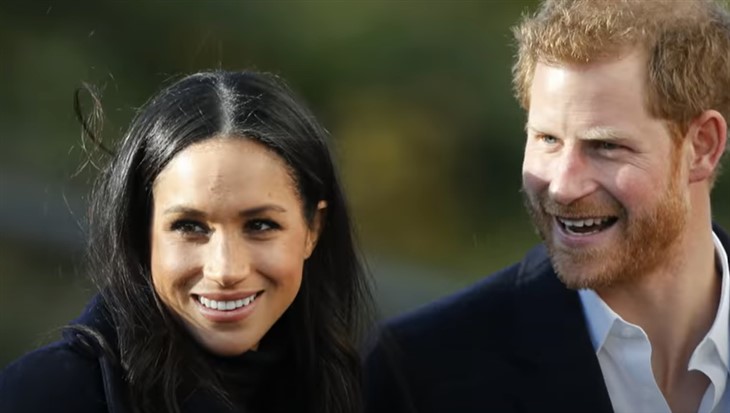 Time Magazine has a list of the world’s most influential people and Prince Harry and Meghan Markle have apparently made the cut. The American network, ABC put together a show that showcases Time’s list and the Duke and Duchess of Sussex appeared on it. While there, Meghan and Prince Harry got amazingly political, which royally ticked off those who view Prince Harry and Meghan Markle’s blatant disregard for Royal protocol as a slap in Queen Elizabeth’s face.

While Prince Harry and Meghan Markle definitely have their groupies and fans who defend the couple to the death on social media platforms such as Twitter, the vast majority of American and British citizens have had it with the Sussex’s privileged, hypocritical behavior.

In fact, those who view themselves as loyal to America or to Buckingham Palace have a distaste for the Sussexes in common. Many of these people took to social media platforms from Twitter to Youtube in order to express their displeasure with Harry and Meghan and vowed to skip the ABC show altogether.

As one Twitter user Tweeted out concerning Harry and Meghan’s appearance on the show, “Thanks, I’ll pass on the whole mess.”

Harry And Meghan Markle Are “Tiresome”

The truth is that many people have no problem with Prince Harry or Meghan Markle per se. What they take issue with is the perceived elitism Harry and Meghan Markle seem to wear like a mantle. For instance, following the airing of the ABC special, one Youtube commentator wrote, “Do you think that Harry and Meghan will ever have a public moment when they DON’T lecture and scold the world? They are so tedious!”

Yet another furiously opined, “Here’s some hate speech… I hate it every time they make a speech! Go cry in a bucket of money! He (Prince Harry) is lame and she (Meghan Markle) is a self-important Diana wannabe! Even though they are not technically royals anymore, they must understand that their opinions and what they say can have a huge impact on the relationship between America and Britain. They are telling people to vote and so on. Hinting not to vote trump. I don’t even like Trump, but they should keep their mouth shut about politics!”

Not Everyone Hates Harry And Meghan

As noted above, there are still those who view Prince Harry and Meghan Markle in a fairy tale light. For these people, Meghan and Prince Harry are the light at the end of the tunnel when it comes to the British Royal Family. The Sussexes are the future, while Queen Elizabeth, Prince Charles, and Prince William and Kate are practically ogres stuck in the Middle Ages.

Thus, to combat the negativity surrounding Prince Harry and Meghan Markle, these individuals also jumped on Twitter to voice their support. For example, one gushed, “Can’t wait to see Harry and Meghan!”

Half A Year Later How Prince Harry And Meghan Markle Have Done On 5 Of Their Cherished Goals https://t.co/YFBpJ4Qh9k pic.twitter.com/ORozjoRrLt

Another said, “All trolls wakeup once they hear H&M….your hate will not stop them. They are important and powerful…that is why you are all here typing all hate. They are here to stay and we are many that are silent but in support of them.”