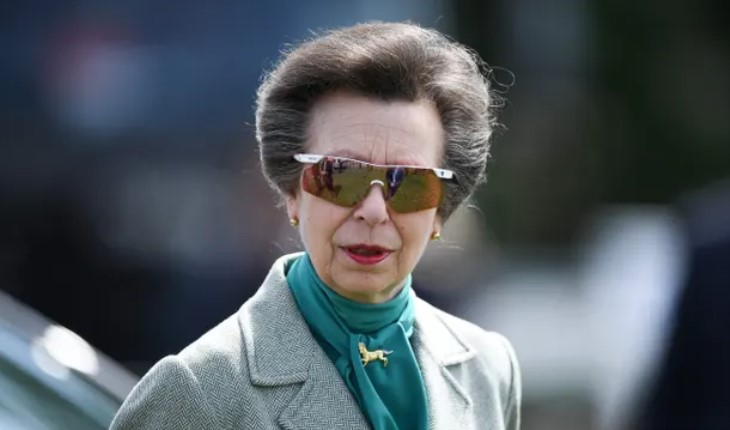 Princess Anne is said to be devastated by a recent rupture in her family which comes at an unfortunate and unprecedented time in history. One royal commentator is talking about her displeasure and here’s what he has to say.

Royal watcher Richard Fitzwilliams talked to Express.co.uk about the overwhelming news that has shaken Anne’s world. In his interview, he dissects her revealing Vanity Fair interview.

Princess Anne is notorious for keeping her private life private. Perhaps in a bid to keep prying eyes off of her children, she chose not to give them titles, and thus they are not royals.

So her shocking candidness in regard to a recent event has stunned fans and royal watchers alike. What is the bombshell event that has got Anne spilling the tea?

Anne Must Face The Unfortunate Divorce Of Her Son

In February Anne’s son, Peter Phillips announced an official separation from his wife Autumn. The pair had been married for 12 years.

On the very same day, the Princess talked spoke to Vanity Fair leaving readers aghast at her frankness.

According to Fitzwilliams, “She doesn’t comment on these sorts of things that are controversial very often.”

One Royal Watcher Was Gobsmacked Over Anne’s Openness

After reviewing Anne’s interview, Fitzwilliams noted that one thing stood out and that was her, “regret about Peter Phillips’ divorce. She didn’t discuss his advertisement for milk on Chinese television, which I thought wasn’t particularly edifying.”

“She certainly has a forceful personality, basically she wants to be allowed to get on. As far as her private life is concerned, she’s still fond of horses.”

Fitzwilliam added, “There’s no question they were right not to give titles to Peter and Zara (Tindall, Anne’s daughter).

On this matter, the Princess herself told Vanity Fair, “I think it was probably easier for them, and I think most people would argue that there are downsides to having titles. So I think that was probably the right thing to do.”

Her Majesty Had To Endure Life-Changing Event With Solemnity https://t.co/AOt757qWPl pic.twitter.com/qbRPyqlmNi

One of those people as the world now knows, is Prince Harry who famously “abdicated” his own title with the blockbuster Megxit move in which he and wife Meghan Markle divorced the royal family for the right to live where they want and not work as much as they want.

Zara is reported, “enormously fond,” of her sister-in-law Autumn. According to royal watcher Angela Mollard, Zara made an “enormous plea,” to Autumn.