This week Prince William was scheduled to visit the PEEK Project (Possibilities for each and every kid) in Glasgow. But due to the coronavirus lockdown restrictions he was forced to instead make a video call.

William not only talked about the important food program, but he also gave a humorous glimpse into his own life as well. 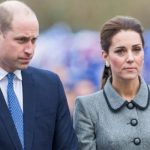 The Prince got a virtual tour of a food truck

Next the prince was given a virtual tour of the food truck Peekachew, named by the children it helps.

William extolled the “incredible” efforts of Mr. Farrally and praised the CEO, Michaela, promising that he would visit her the next time he’s in Glasgow, a gesture which no doubt made her day.

William listened as the company described how its goal is to take, “the pressure off parents,” that are currently dealing with the negative effects of the coronavirus on children who have complex needs.

Prince William was obviously moved by the call’s participants

In summing up his conversation with them William said, “What a brilliant rise, I think that’s absolutely fantastic. You are the embodiment of what can be done. I hope when I find myself up in Glasgow in the near future I can come and see you guys in person and congratulate you.”

William spoke to another charity head

Before the call ended the Duke spoke to Corinne Hutton, the founder of the charity Finding Your Feet. In 2013 Hutton was told she had only a five percent chance of surviving sepsis; her hand was amputated and her legs were amputated below the knees.

William told her, “You’re a huge inspiration. I’m so pleased the NET has found you and you’ve found them and that relationship is helping.”

Stephen McAtamany was also on the video chat; he is one of the charity’s beneficiaries. 1988 McAtamany had his left leg amputated below the knee after a motorbike accident and today has a leopard-print limb.