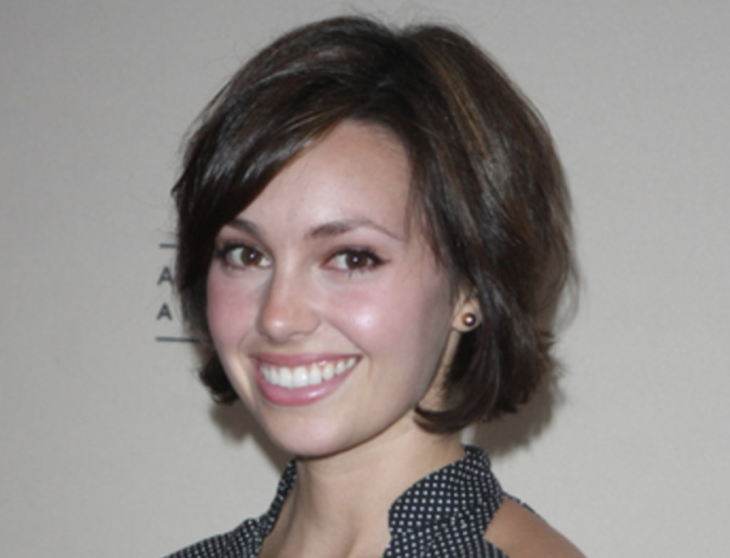 NBC Days of Our Lives updates and spoilers reveal that Emily O’Brien has snagged a role on the NBC soap opera. We don’t know the name of the character yet. However, the news was discovered due to the actress being included in the soap’s 54th-anniversary cast photo. So, this means she will play a core part in a big storyline. Could she be connected to Jake Lambert (Brandon Barash)?

DOOL spoilers reveal that O’Brien being added to the cast was found out when the 54th-anniversary cast photo was released. There was a new face mixed in with the core long-term characters. However, very little information has been released about her role. We do know that she is a brand new character and is not a recast.

It is teased that fans should expect to see O’Brien’s debut around June 2020. That’s not too far away, but who will she be playing? What connection does she have to Salem? What will her storyline be about? Those are all good questions and all we can do right not is speculate based on the few facts that have been revealed.

Days of Our Lives spoilers reveal that O’Brien being included in the anniversary cast photo speaks volumes. This means she is either someone who will be part of a major storyline or a long-term character. Most likely, it is both of those.

Jake recently made a point to mention there is a special lady that he used to be involved with. She drove Jake’s crazy, both in good and bad ways. It sounds a lot like Gabi Hernandez (Camila Banus), who insists that Jake is really her dead husband, Stefan DiMera. Could O’Brien’s character be this special woman from Jake’s past?

On soaps, they rarely mention things like this unless it’s a clue. So, there is a pretty good chance that this woman might be Jake’s ex-girlfriend. However, will Jake and Gabi be involved in a passionate romance when this former flame arrives? It could be an all-out war, especially since both these women can get pretty fiery, feisty, and downright crazy.

Who do you think O’Brien plays and what brings her to Salem? Is she connected to Jake’s past and could she cause problems for Gabi? We will have to keep watching the NBC soap opera to see how this story develops.

The Young and the Restless Spoilers: Melissa Ordway Puts Kids Up To Gummy Bear Challenge