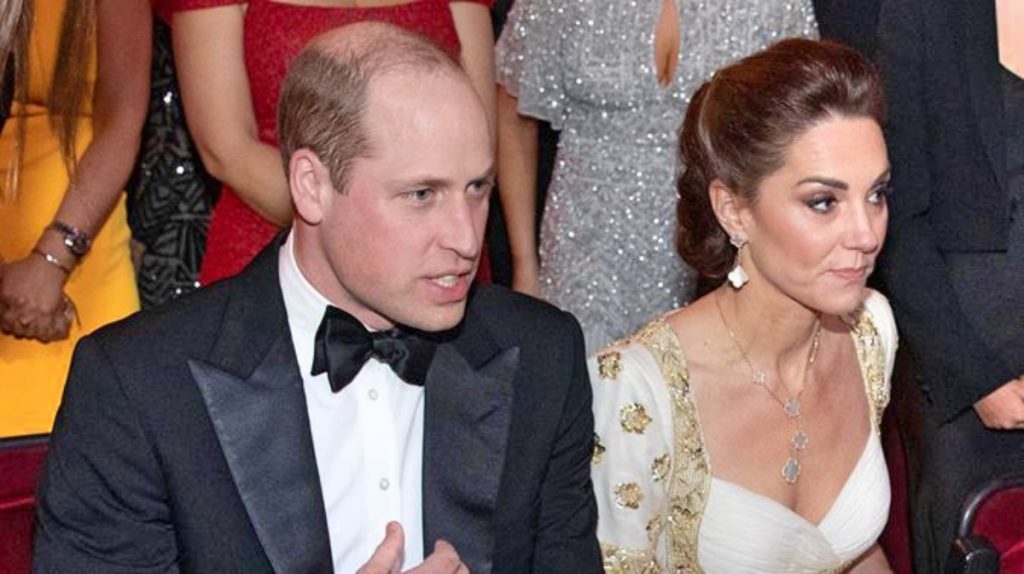 They might be laughing on the outside, but they certainly aren’t laughing on the inside. There’s a new report that suggests Prince William and Kate Middleton were left none too pleased after Hollywood apparently poked fun at the royal family during Sunday night’s BAFTAs ceremony.

As a matter of fact, the British monarchy seemed to be the butt of most jokes as celebrities and the Hollywood elite laughed at the expense of Prince Andrew, Prince Harry and more.

According to Fox News’ Neil Sean, the Duke and Duchess of Cambridge didn’t appreciate having the cameras on them after Margot Robbie read Brad Pitt’s speech at the podium. He said that he will be calling his new BAFTA ‘Prince Harry’ as he plans on taking it home back to America with him. While the entire audience seemed to laugh at the joke, the cameras panned to both Prince William and Kate Middleton during the very cringe-worthy moment.

Sources after the awards ceremony say that William and Kate were smiling but that they were obviously very uncomfortable in that particular moment. As many royal fans already know, Prince Harry and Meghan Markle basically blindsided everyone with their announcement that they would be stepping down from their roles as senior members of the British royal family.

“This was not met with the smiling faces that you saw on the final edited version of the show,” Sean said. “A mole also told me that to ensure that the royals are not embarrassed or made fun of again at such a prestigious event like this one… they will have a ‘moral clause’ inserted into their acceptance agreement ensuring that due reverence is given to the royal couple who gave their time and support to such a wonderful celebration of film and is respected.”

Now, whether or not the royal couple will use their ‘moral clause’ remains to be seen but for now, one thing is certain: it would be best to talk about the weather more than anything else the next time you see a member of the royal family walk in a room. Do you agree?

Days of Our Lives Spoilers: Alison Sweeney Shares Behind The Scenes Pic of DOOL Return

General Hospital Spoilers: Will Julian Admit To Lucas He Was The Cause Of The Car Wreck?