Days of Our Lives Spoilers: Alison Sweeney Shares Behind The Scenes Pic of DOOL Return 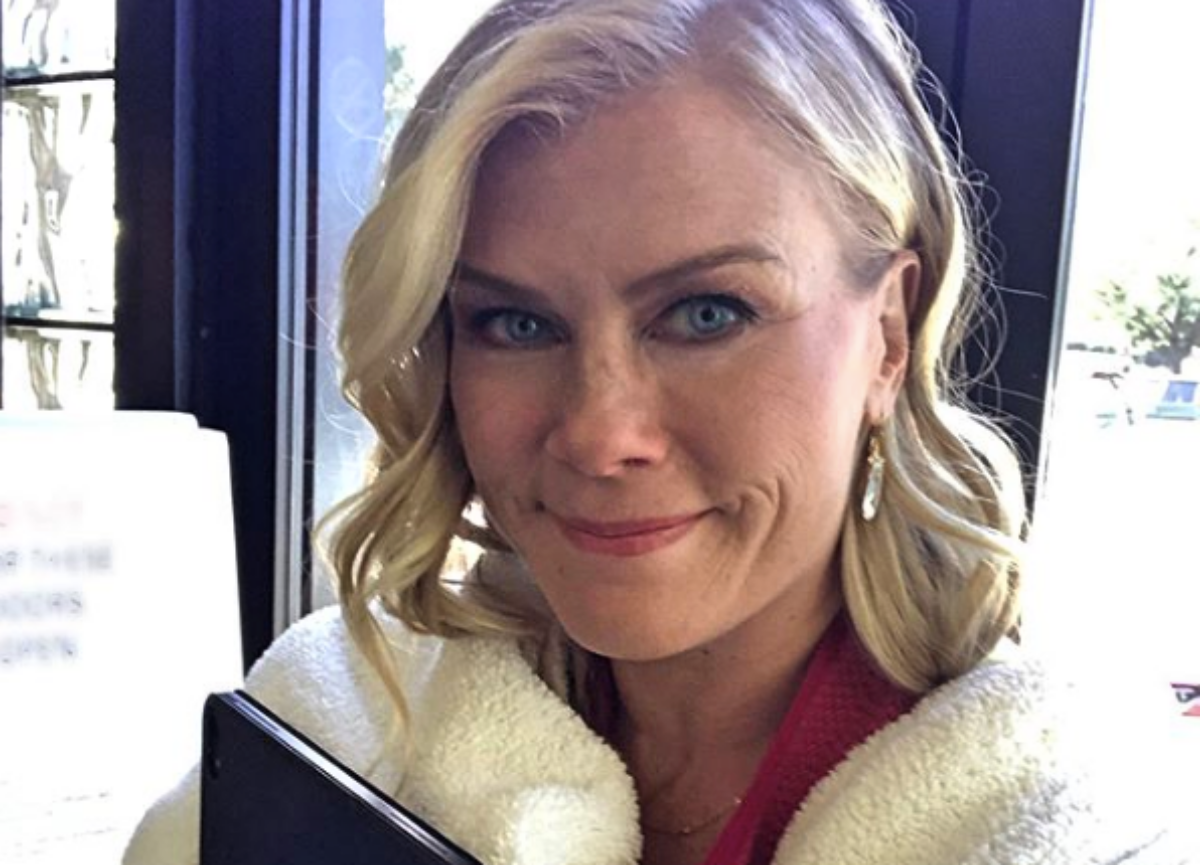 Alison Sweeney shared a behind-the-scenes photo of herself as she filmed her scenes for her return on “Days of Our Lives” as Sami Brady. Even though it will take several months before she makes her reappearance, the actress posted some photos to update her fans.

“Super fun to be back filming at @nbcdays today! Special thanks to the awesome wardrobe dept for the cozy robe to keep me warm between scenes. Always fun to be in Salem. #sami #days #Monday,” she said in an Instagram post.

She looked more refreshed on her latest post. In her previous snaps, the actress looked drained as she held a tissue box. But she didn’t let her cold stop her from bringing Sami back to life. “Not feeling well, but still ready to work!” the actress posted.

It was back in December when Sweeney confirmed her return on “Days of Our Lives.” She made the announcement when she Hallmark’s Home & Family on Friday, December 6. The sudser is taping its scenes several months ahead and that means viewers will most likely see Sami return in August.

Days of Our Lives – What Is Sami Up To?

Sami’s character has evolved throughout the years. During her younger years, she tried to keep her parent’s marriage together by kidnapping her sister. She lied, schemed, and seduced a guy she wanted to marry. She was also sentenced to death for a crime she didn’t commit. So, what is she up to next? The sudser hasn’t revealed what her upcoming storyline would be. Since it’s still several months before her return episode airs, viewers just have to stay tuned for more updates.

Days of Our Lives Rumors: Does Stefano Have Marlena Or Her Doppelgänger Hattie? https://t.co/DpI8oWeFA9 pic.twitter.com/oMdpNP8qey

DOOL Spoilers – For The Week of February 10

“Days of our Lives” spoilers hint that Marlena Evans (Deidre Hall) will do all she can to save John Black (Drake Hogestyn). Elsewhere, Chad DiMera (Billy Flynn) will come to blows with Stefano (Stephen Nichols) while Ben Weston (Robert Scott Wilson) and Clyde Weston (James Read) make a run from prison.

Meanwhile, Kate Roberts (Lauren Koslow) and Rafe Hernandez (Galen Gering) are keen on taking down Princess Gina Von Amberg aka Hope Brady (Kristian Alfonso). But the latter will manage to trap Abby Deveraux (Kate Mansi) and Chad at her lair. Plus, she’s sure she can outrun and outsmart Rafe. Jennifer Horton (Melissa Reeves) will finally remember what happened. She’ll recall that Gina pushed her.

Super fun to be back filming at @nbcdays today! Special thanks to awesome wardrobe dept for the cozy robe to keep me warm between scenes. Always fun to be in Salem. #sami #days #monday 📺

Days of Our Lives Spoilers: Bristen Gets Close – But Kristen Is Keeping A Huge Secret