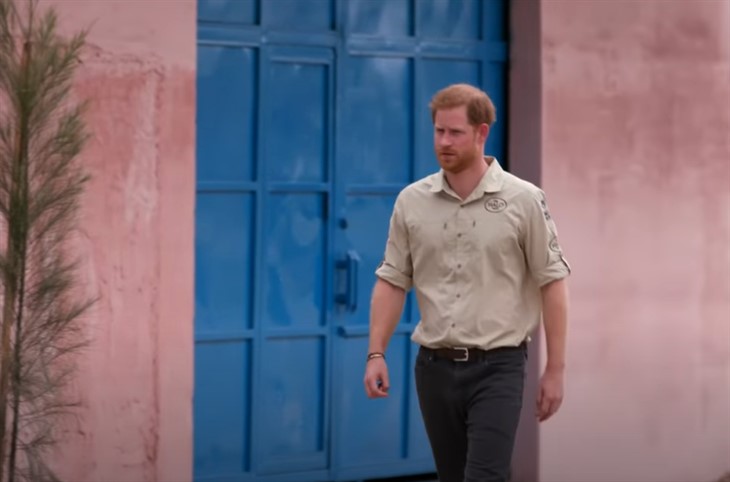 Prince Harry is making himself right at home in L.A. as he reportedly has joined a helicopter club in California so that he can squire the family around. The Escalade is for the ground and the helicopter is for the air because that’s what people in Cali do. So much for him preaching about the environment.

A royal insider told The Sun that Harry needs to do this so that he can take Meghan and Archie on trips without hassle. The source also spilled that Harry has a helicopter license. In 2013 he qualified as an Apache helicopter commander while in the Regiment Army Air Corps.

In what will be groan-worthy news to his other family, the royal one, the source added that Harry will find, “plenty of rich benefactors,” who would love to lend Harry their helicopters because they would, “love the royal association.” Harry likely doesn’t own a helicopter (yet) and by the sound of things, he won’t need to.

Prince Harry Has Reportedly Joined A Helicopter Club In California

The source babbled on, “He’s very proud of that license, he worked hard to get first the basic and then the Apache. He’s hardly likely to be recalled for military service in England again but he wants to keep the hours up for personal use, so he and Meghan can just take off for expeditions if they want to.”

How much Harry actually choppers around L.A. remains to be seen. High profile celebs are known to use helicopters to avoid clogged freeways but they are not without risk. In January of this year NBA star Kobe Bryant, his daughter, and several others perished in a helicopter crash after taking off from L.A. for a nearby basketball tournament.

Harry can probably afford to buy his own chopper after signing a £112million Netflix deal. His family is said to be a bit nervous about what exactly Harry produces as a part of his deal. Would he sell out his own family to make a buck? That is exactly what he did with Megxit. And he wasn’t shy about telling the world that he was leaving his family in the dust for, “financial freedom.”

Queen Markle Leads The Way In The Film Industry & Prince Harry Has No Choice But To Follow https://t.co/NDJGy447qW pic.twitter.com/loOYUWIk78

Will Harry Produce A Documentary On His Mom Princess Diana?

It has been reported that Harry plans to produce a project based on his late mother, Princess Diana. One insider told The Mirror that the documentary will focus on Diana’s family history, but voiced concern that the whole thing could worsen relations with his family.]

Be sure to catch up on everything happening with the royal family. Come back here often for royal spoilers, news, and updates.’

The Young And The Restless Spoilers: Alyssa Disappears Without A Trace, Billy Accuses Adam