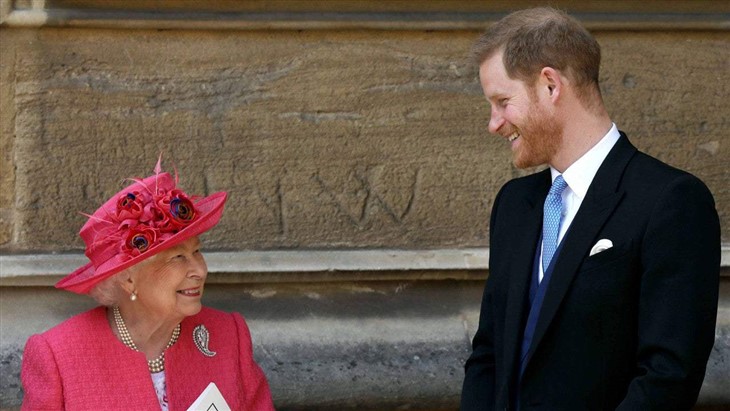 As far as living that low-key private life Prince Harry was willing to ditch his family and country for, it’s on hold. Because he just sent a verbal torpedo across the Atlantic aimed right at his grandmother, Queen Elizabeth. Harry’s so woke he makes insomnia look sleepy.

Last week he and wife Meghan Markle participated in a video call with young leaders from the Queen’s Commonwealth Trust and it surfaced today.

What did Harry do this time? Nothing on the scale of Megxit, but still pretty impressive in his blatant calling out of everything he once stood for.

Harry and Meghan were part of an online discussion on the topic of justice and equal rights. Harry piped up to say that the Commonwealth, which his grandmother heads, needs to “acknowledge the past,” even if its “uncomfortable.”

Commentators swiftly rebuked Harry for calling out the organization which is part of his legacy.

Backing up Harry’s claims, Meghan added somewhat vaguely that now is a time of “reckoning” and individuals should be put up their hands to “own” their grievous mistakes.

Harry spoke from Tyler Perry’s house which is his current squat, to say, “When you look across the Commonwealth, there is no way that we can move forward unless we acknowledge the past. So many people have done such an incredible job of acknowledging the past and trying to right those wrongs, but I think we all acknowledge there is so much more still to do.”

When Did Harry Suddenly Wade Into Politics?

If Harry wants to provoke his family from his comfy L.A. couch he’s doing a good job. Harry’s lecture was criticized by UK Tory MP Andrew Rosindell, who told MailOnline that the preaching would surely not make his grandmother happy.

Rosindell added that he was surprised about Harry’s perspective and thinks, “We should look forward not back. As someone who has stepped out of the Royal Family, he should focus on his own life and not get involved in politics.”

Hasn’t Rosindell heard the rumor that Meghan expects to be President of the United States one day? That would make Harry the First Husband, so perhaps he’s preparing?

Harry And Meghan No Longer Have Any Use For Archewell?

This latest preach fest from Meghan comes after he failed to launch the charity meant to change the world, Archewell—it’s easier to jump on the bandwagon than build your own from scratch?

Meghan Markle Plans To Use Archewell To Further Her Acting Careerhttps://t.co/IywqBSp8xK

In April Meghan announced the creation of Archewell only to abandon it in June because they now consider their life’s work to be in the arena of racial equality and social justice.

To this end last week Harry apologized for “endemic” racism, adding he is “sorry” the world isn’t what it should be.

Maybe Harry Should Apologize For His Own Past Mistakes?

On the call, Meghan said everyone needs to acknowledge, “whatever mistakes we’ve all made. You have to look at each of us, individually. What have we done in our past that we put our hand up to.”

So does this mean that Harry will apologize for his own mistakes, including him, using a derogatory term to describe a Pakistani soldier, plus the term “rag-head” in 2006, after which he was sent to a diversity course? Or how about that little blooper in 2005 when he wore a Nazi officer costume to a Halloween party—hilarious, right?

We find nothing offensive in wanting to create a fair and equal world. But before shaming others, maybe Harry should first look in the mirror and then follow his wife’s advice and apologize?