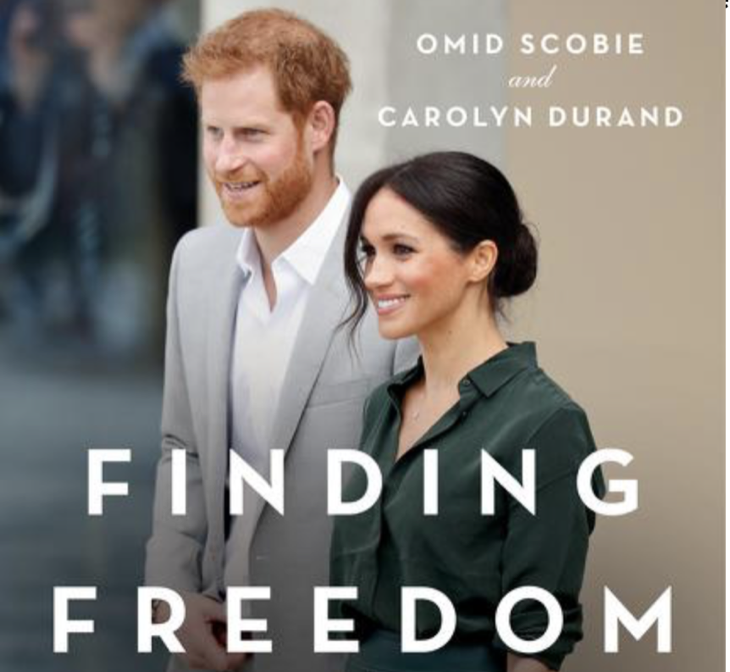 Shocking tidbits from Harry and Meghan’s bio Finding Freedom are being spilled and one heated allegation is that they were muffled and ignored by The Firm. So says The Sun which also claims that the pair were less than impressed with Prince William and Kate Middleton.

Additionally, the book reportedly claims that they were not that into their royal duties as prescribed prior to jetting off to find freedom.

Were Harry and Meghan jealous of William and Kate’s roles?

Omid Scobie and Carolyn Durand wrote Finding Freedom: Harry, Meghan, and the Making of a Modern Royal Family, and are described as royal “cheerleaders.”

According to them, they had access to the couple’s inside circle and claim to tell the pair’s “real” story.

The Sun released more bombshells from the book including the claim that Harry was sure the palace aides were set on making Me-Gain’s life difficult, and he felt “unprotected” by his family and was called out for being “too sensitive.”

Also, St. Meghan is reported to have said that she gave up her fabulous Hollywood life for The Firm.

Meghan was so generous that she gave up all she had in Hollywood for the royals?

But wait there’s more! Apparently Harry and Meghan were fearful of palace leaks about them and did not think they could trust many around them.

Did Harry and Meghan actually throw a good thing away due to their perceptions and beliefs? Following their expensive May 2018 wedding, the public was still mostly enamored with them as evidenced in a significant uptick in their social media following.

But according to the book, they wanted recognition for what they thought they brought to the party, erm, The Firm.

Camilla Parker-Bowles Reveals What She’s Going To Miss The Most From Lockdown #CamillaParkerBowleshttps://t.co/1EKlbWy1sB

According to Finding Freedom, Harry and Meghan did not feel supported in their plans

The Sun was told by a source, “They feel they were owed an awful lot of credit for their popularity and success of the wedding — which led to a public outpouring of support — that they did not get.”

You might ask why they would even feel the need to be praised for doing their job, namely representing the royal family in the best way possible and doing their part to shine up its image not damage it as Prince Andrew has? Maybe the answer is that quid pro quo is the name of the game to them?

It is ironic that while they were apparently basking in their own glow, Queen Elizabeth reportedly felt “blindsided” by Megxit and was hurt by their “suboptimal behaviour.” How can two parties have such wildly different views of the actions of one of the parties? Finding Freedom may answer that question, albeit probably entirely from Harry and Meghan’s point of view.