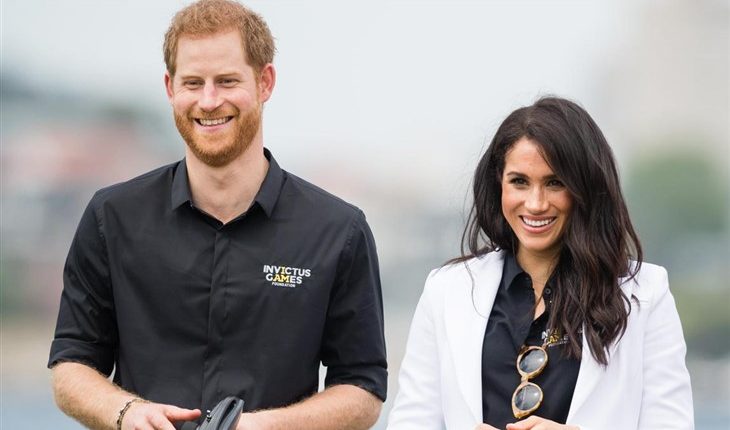 We have all heard the whispered intimations that Meghan Markle staked out a claim on Prince Harry long before he would know what hit him. And now Me-Gain’s friend (at least as of this writing) Misha Nonoo is bragging that Meghan did indeed set about to “seal the deal” with a very unsuspecting Prince Harry.

Before Meghan and Harry began dating she spent her days delivering lines in the television show Suits. Yep, that’s where her star was born and where it may have stayed in orbit had Nonoo not made a fateful move.

Misha Nonoo is a fashion designer who has lived in London and she is alleged to have been the one who brought Harry and Meghan together. The initial meetings between the couple were conducted in a very low key manner and out of the public eye. Even then they were worried about their privacy!

But Nonoo has taken credit for a gift that helped to “seal the deal” during the couple’s first public appearance. Am I the only one at this point who is thinking that poor Harry never had a chance?

The occasion was the 2017 Invictus Games in Toronto, Canada. The diva chose to wear ripped up jeans and a white button-down shirt. For his part, Harry has dressed a bit more appropriately in branded clothing from the event.

Later, some wanted to buy the shirt Meghan had on at the Games and her designer friend slyly branded it this way: “Introducing the Husband Shirt. Better known as the shirt that sealed the deal.”

If it could get any tackier than that, I’d love to know-how.

Nonoo added this about the shirt, “Sure, it looks prim and proper, peeking out from our black blazer, but don’t be fooled. This top has a wild side. It’s often spotted in the early morning hours of our Instagram feeds haphazardly tucked into our wide-leg pants.” No comment.

No, you’re right, it’s hard to know whether to laugh or cry—for poor clueless Harry that is. Could it be that he was stalked unaware, just like the way he used to stealthily stalk the wild animals he killed? What’s that saying about karma again?