’90 Day Fiance – The Other Way’: Sumit’s Parents Won’t Let Him Marry Jenny – He’s Willing To Fight For Her! 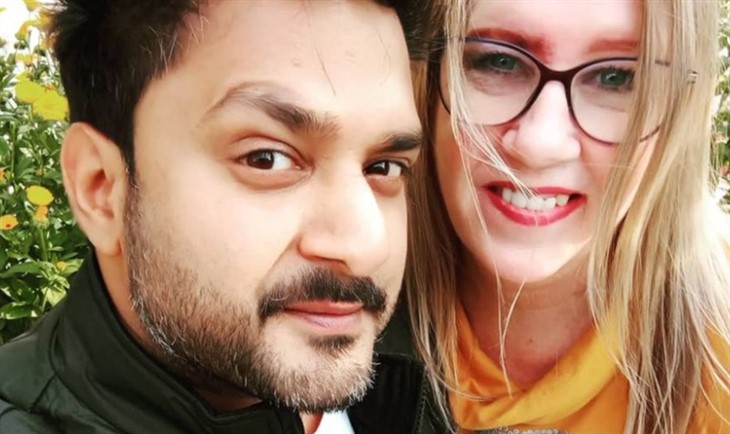 TLC’s “90 Day Fiancé-The Other Way” stars Sumit Singh and Jenny Slatten have had a rocky path to their happily ever after, and it looks like it’s getting even rockier!

Viewers will recall from the first half of the season that Sumit’s parents, Anil and Sunha Singh, do not approve of Jenny. In the most recent episode, “The Truth Hurts” Sumit and Jenny were talking about his parents and their attitude. Jenny reiterated how she came to India on her first trip and stayed with his parents. They had understood she was only a Facebook friend, which is what Sumit had told them. He was still stuck legally in an arranged marriage which could take years to get out of.

They would talk on the phone when Anil and Sunha were in bed at night. Sumit would sneak into Jenny’s room, and they would “do their business” and he’d sneak back out. But Anil figured things out pretty soon, and Jenny went back home. They had been caught together and Anil and Sunha literally dragged Sumit away!

Then Sumit asked his brother, Amit to talk to his parents about Jenny after she came back. He told her that his parents usually listen to Amit. Jenny had sold her home and had been living with her daughters to finance her trip back. Her daughters don’t approve of her relationship with Sumit either, so they have two family strikes against them!

TLC 90 Day Fiance – Sumit Found Himself And Jenny An Apartment

Sumit had found himself and Jenny an apartment, and he had painted it and made it look good. Jenny panicked when he told her that his parents were on their way over as he was painting! She had flashed back to when they stormed into their place before, and physically dragged Sumit away! She even takes concern that he should be sure that she’s the one he wants to be with!

His parents mainly are against marriage because of Jenny’s age. She’s old enough to be Sumit’s mother, and she’s actually older than his mother! Being able to provide them with grandchildren may be a concern for them, and Jenny’s too old! In the preview, things obviously have not gone as Sumit thought they would with his parents!

They are seated on a couch, but Jenny isn’t there in the scene at all. It sounds like she was there because they inform him they took care of everything. Jenny’s gone! Sumit flies into a rage! He shouts at his parents! He wants to know why they let her go because he had to take a certain step first! Sumit is so fiercely angry his mother is in tears! To the cameras, he says he loves Jenny and he’s willing to fight for her!

Stay tuned to TLC’s “90 Day Fiancé-The Other Way” and check back here frequently for all the latest news, updates, and gossip about all your fave “90 Day Fiancé” shows and stars!

Days Of Our Lives Spoilers Next Week: Eli Begs Kristen For Help! Lani in Serious Trouble With DA Trask?