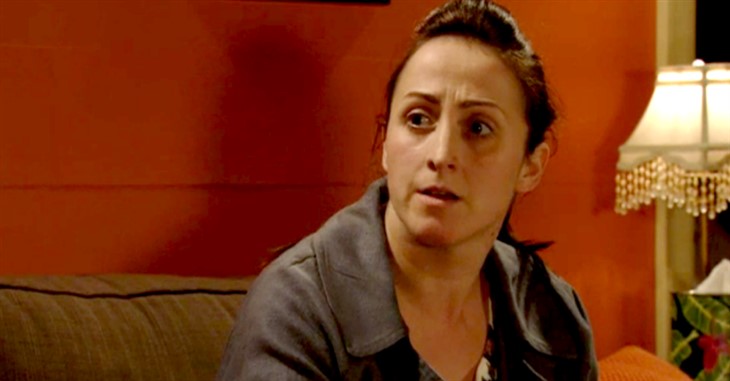 BBC Eastenders spoilers reveal that Natalie Cassidy, the actress who portrays Sonia Fowler, is going to be appearing on Secrets From the Square later this month. The network has already teased that she will be going back in time to talk about the character’s ups and downs. There is reason to believe Gus Smith (Mohammed George) could return and if so, could he have a secret?

EastEnders Spoilers – Who Is Gus Smith?

Gus made his debut appearance in 2002 and at one time, was romantically linked to Sonia. They ended up splitting up but were briefly reconciled later on. Then, she decided to leave Gus and went back to her husband, Martin Fowler (James Bye). However, we know that as of right now, Martin is getting steamy in between the sheets with Ruby Allen (Louisa Lytton).

EastEnders Spoilers: Max Branning Devastated – Walford Turns Their Back On Him

According to Express, fans have been talking about older episodes that featured Gus. Some of the comments from a Reddit threat include, “I have been watching the 2008 episodes recently and I’ve just remembered how good Gus was as a character. I’d really love for him to return someday but he would have nothing to come back to.”

“Yes! He was one of the characters who fell under the description ‘fundamentally good people screwed over by living in Walford.’”

“I remember at the time loads of people disliked him, but watching the 2008 episodes, I think he’s a really good character and I don’t get why people didn’t like him. Sure he doesn’t stand up to Sean [Slater, Robert Kazinsky] much, but that’s more about Sean being Psycho.”

There is no confirmation on if the actor will come back. However, we are seeing others return, so it’s always possible. Express speculated that if Gus ever comes back to Walford, then it could lead to his ex-lover being in turmoil. Even though one fan said there is nothing for Gus to come back to, that’s where creative storylines come in handy. Plus, there is a theory that if he does return, he might have a shocking secret.

At one point, Sonia became depressed and was trying to cope with her pain with alcohol. It was Gus that stepped up and helped Sonia get her life back in order. This led to the two rekindling their former romance. However, she felt conflicted and ended up going back to Martin.

It is teased that Sonia always had feelings for others when she was in a relationship. But with her free and single right now, could she try to reignite those romantic flames with Gus? We will have to wait and see what happens.