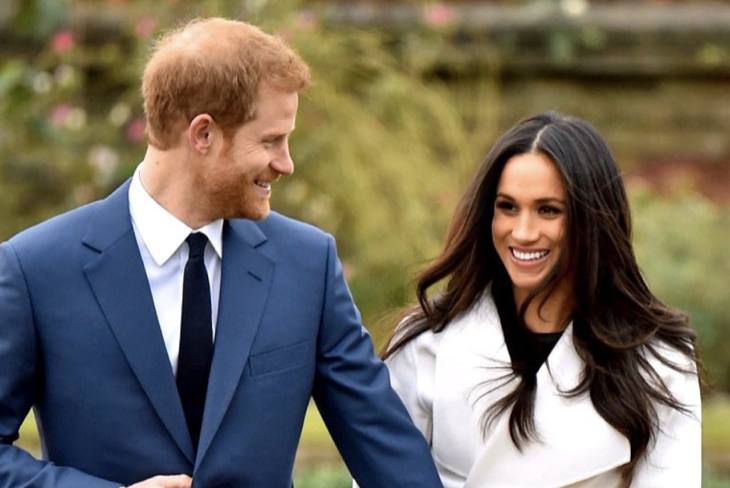 Native Canadian and Deadpool star Ryan Reynolds is having way too much fun on his game show, Don’t, as evidenced by the glee he took in a recent question. What was it that had the legendary jokester cracking wise? It was an outdated question about former Suits actress Meghan Markle.

Show host and Parks and Recreation alum Adam Scott asked the question in the segment titled, Don’t Get Tired. The segment was seen in the episode that aired Thursday, July 9.

This is the question that had Ryan in stitches: “Meghan Markle went from Suits to crowns after she married into the royal family. Before she resigned, what was her official title?”

Scott offered up several answers as options including A. Countess of Cambridge, B. Duchess of Wessex, C. Duchess of Cornwall, or D. Duchess of Sussex?”

Unable to resist, Reynolds piped up, “Or E. we taped this show seven months ago.”

Unfortunately, the four sisters who were playing the game answered incorrectly by guessing the answer was Duchess of Cornwall.

Even before the show aired, Reynolds, the executive producer, and commentator on Don’t, made fun of Meghan and husband Harry back in January after they announced Megxit.

His comment was in response to a New York Times article about the couple’s move to Canada which said they were, “injecting some razzle-dazzle to the sprawling, bone-chillingly cold country.”

Ryan tweeted, “Nobody injects razzle-dazzle anymore. Particularly in Canada, where they drink it.”

Meghan Markle Had 'No intention' Of Living In The UK Despite Putting The Country In Debt For A Renovated Cottage? #MeghanMarklehttps://t.co/rnJzreNnjQ

Harry and Meghan used Megxit as a vehicle to announce their plans to leave their royal duties. Afterward, they traveled to Canada with infant son Archie. Apparently the bone-chilling cold wasn’t to their liking as they soon relocated to California.

In March they made their way to Los Angeles where they were housed in Tyler Perry’s multimillion-dollar mansion. Harry and Meghan have made it known that their life’s mission is, “to change lives for the better.”

A source told Us Weekly in April that, “Harry and Meghan’s No. 1 priority right now is helping those affected by the virus, especially the vulnerable.” This is laughable on the face of it since his father, someone considered vulnerable due to this age contracted the virus but if they did anything to help him it remains the best-kept secret of the decade.