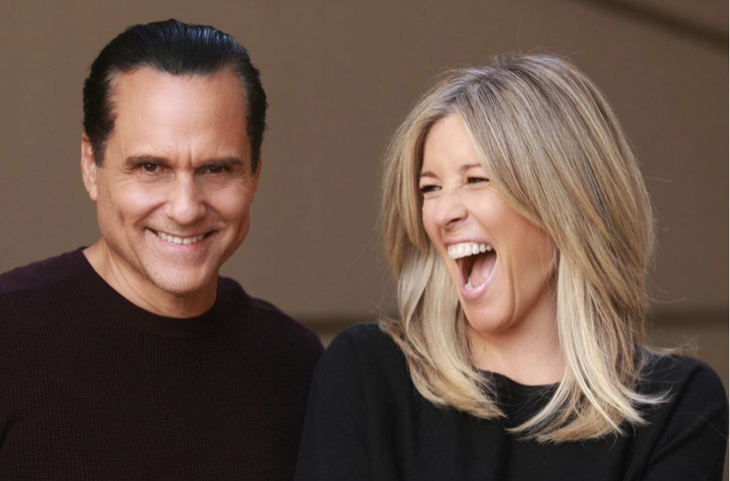 ABC General Hospital star Maurice Benard says that he’s more than ready to get back to work. The actor, who is best known for his role as Sonny Corinthos on the hit ABC soap, hasn’t been back to the studios ever since the Covid-19 pandemic forced General Hospital and the rest of the film and television industry to suspend production to help curb the spread of the virus.

But now that he’s spent several long months at home sheltering-in-place along with the other 40 million residents of the state of California, Maurice is ready for action again. Here’s what you need to know.

General Hospital Spoilers: Maurice Benard Is Ready To Get Back To Work

Sharing a throwback photo of Maurice in character as Sonny Corinthos, the handsome actor captioned his latest Instagram photo with, “You ready for some Sonny? We can’t wait to go back and give you guys a BETTER and more EXCITING GENERAL HOSPITAL.”

Of course, it didn’t take long at all for his fans to respond to his photo. Quite a few of them left comments such as, “Waiting patiently. Miss you on GH! Can’t wait until you guys come back!” along with, “Hi Maurice! I was just wondering earlier today, ‘When am I gonna see Sonny and Jason again?’ I hope you and the rest of the cast are doing well and staying safe. I’m doing well and staying safe and waiting for you all to come back, so please make that SOON!” 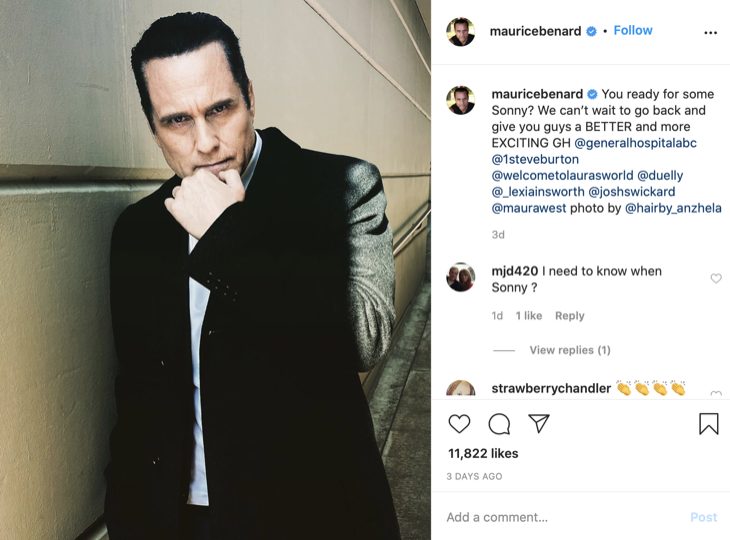 Another fan wrote, “Is there ever a time that you don’t look incredibly sexy? Of course all of your fans are waiting for new General Hospital episodes but most importantly we want you to be safe.”

Even though the producers of General Hospital hinted that they were looking to begin production back up again by mid-July, that date has been pushed back one week.  Currently, we expect GH to be back in the studio on July 20, but no definite date has been announced. We will definitely update you with all of the latest information once it comes in.

In the meantime, let us know what you think by dropping us a line with your thoughts below. And as always, don’t forget to come back right here for all the latest news and updates on your favorite primetime television shows along with spoilers from The Bold and the Beautiful, The Young and the Restless, General Hospital and Days of Our Lives.