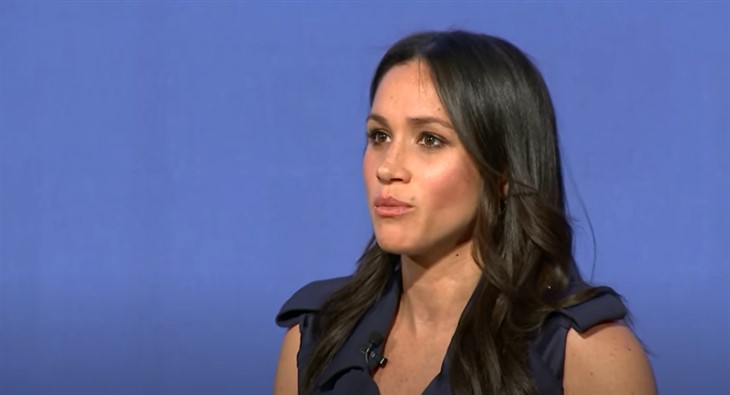 Meghan Markle loves designer clothing and it’s been reported that she wore almost a million dollars worth of clothes when she was still living on the UK’s dime. Her generosity doesn’t extend to her “clients” though as she has told them that confidence is the “best accessory” for women.

During a video call with three of her clients from her patronage Smart Works, she declined to extend to them any favors clothing-wise even though she recently signed a $150 million deal with Netflix and talked from her $14 million mansions in Santa Barbara.

Smart Works is intended to help unemployed women by giving them clothing for work interviews and providing interview sessions with professionals.

The charity released the video on its Instagram page and it shows Meghan stressing the importance of not being materialistic, saying, “People can say that so much of Smart Works is about the clothes themselves but it’s really not … all of that stuff is the exterior but it’s what it does for you on the inside that ends up being the best accessory. It’s the confidence, it’s what is built within, that is the piece that you walk out of that room with and walk into the interview with.”

That is really rich coming from someone who has sought after and lapped up every materialistic opportunity she can, from asking for Disney voiceovers to borrowing other people’s mansions.

Meghan Markle Dressed In A Casual Fashion For Her Virtual Meeting

During the call, clients saw Meghan’s fake hair in a ponytail as she lectured, “As women so often it’s so easy to forget all of your skills and assets. Not that they’re not there, but you need someone to point them out for you and say, “yeah that’s right.”‘

Do they also need someone to ask them how they’re doing? I’m not sure Meghan asked them, but if not maybe she will the next time around.

Smart Works relies on volunteers to keep running even though Meghan clearly has the means to pay them even a nominal wage. Smart Works has 300 volunteers who help long-term unemployed and vulnerable women reenter the workforce.

Prince William and Kate Middleton are back in London and hard at work #PrinceWilliam #KateMiddleton https://t.co/d2LLA1zVkk

One year ago Smart Works announced the launch of The Smart Set Capsule Collection with The Duchess of Sussex who is maybe better off being referred to as Just Meghan now?

Over 3,000 clients visited Smart Works in the last year and 1,000 women took clothing.