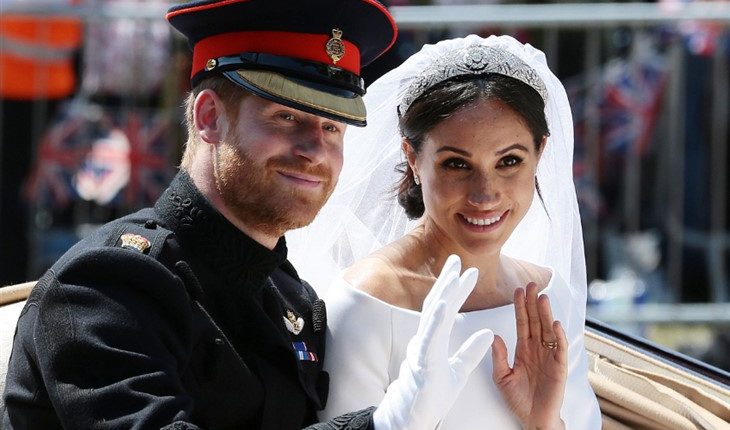 One wonders why Meghan Markle would beg her dad to come to her wedding after he told her his doctor said to do so would endanger his health? The poor man had a heart attack prior to the wedding which is why he declined to fly overseas based on his doctor’s advice.

The much-debated book Finding Freedom claims that Me-Gain pled with her dad via text to fly from Mexico to London right on up to the night before her nuptials.

This horrendous act of selfishness may be one of the reasons Harry and Meghan are now disavowing having anything to do with the bio whereas before the word was they were on board and approving.

Now that the pages have hit the fan Meghan and Harry are reportedly backtracking on their stamp of approval for the bio written by their “cheerleaders” and the man who calls himself Meghan’s soulmate (yep, awkward for Harry isn’t it?).

The Times has been printing cringe-worthy excerpts from the book all weekend. The result? Many readers find the “real” Meghan to be just as unappealing as before. So much for the Markle’s setting the record straight and winning the love of the people.

Funny isn’t it how quickly these two can drop people and things once they don’t suit their purpose? The buzz around Finding Freedom was that Meghan and Harry’s “real” story would be told with their approval and vindication in the court of public opinion would be theirs.

Finding Freedom Is Turning Out To Be A Barn Burner

It isn’t turning out that way and the book isn’t even officially released yet. The behavioral examples meant to show how right and wrong the couple has actually reinforced the opinion for some that they have often acted out of spite and childish immaturity. Meghan begging her dad to do something that is not in his best interest and then trying to play the martyr when he doesn’t is the perfect example.

One can imagine these two inane adults believing that ticking off their “grievances,” such as wanting a sick man to put his health at risk, would show how persecuted they have been.

Just the opposite has happened. When will Harry and Meghan wake up and smell the entitled coffee beans?

Thank goodness for Finding Freedom, as it reinforces what we’ve suspected all along. Now that the dirty laundry has been aired Harry and Meghan can get to work on their next blockbuster, Finding Self-Respect?

The Bold And The Beautiful News: Katrina Bowden Is The Next Martha Stewart!