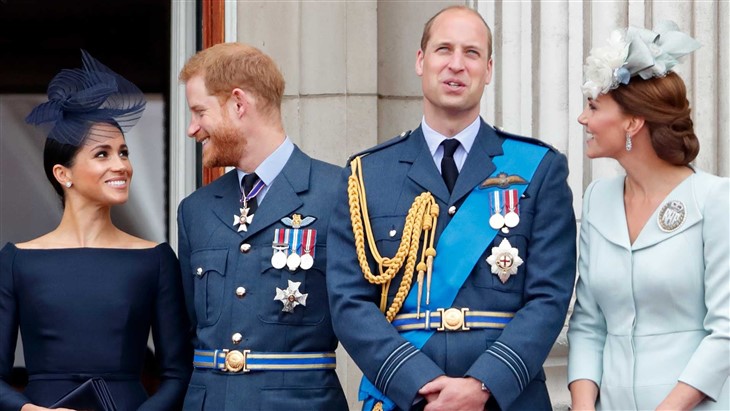 The upcoming Finding Freedom biography of Prince Harry and Meghan Markle promises to tell the truth about the erstwhile couple and so far excerpts from the tome have been titillating curious royal fans all weekend. The book debuts on August 11 and apparently it sets the record straight on everything from Megxit to how Harry felt the royal aides were tittering about him behind his back.

We all know the events, or so we think, that led up to the groundbreaking Megxit move. But did you know that Harry and Meghan’s relationship with Prince William and Kate Middleton was so bad they were barely on speaking terms?

What happened To Cause A Rift Between The Markles And The Cambridges?

Excerpts printed in the Times make the bold assertion that Meghan was up to here with trying to deal with The Firm, to the point that they felt that the only way out was to flee to L.A. Not a bad consolation prize, is it?
But wait, there’s more! A source is quoted as saying that Meghan told them, “I gave up my entire life for this family. I was willing to do whatever it takes. But here we are. It’s very sad.” I can see and hear the tiny violin orchestra now!

The BBC reports that a person speaking for Harry and Meghan said they were not interviewed for the book
Finding Freedom was written by Omid Scobie and Carolyn Durand. Before it’s August launch date the Times and the Sunday Times have been leaking salacious tidbits beginning this Saturday.

The book not only tracks the downgrading of relations between the two royal couples but also Meghan’s alleged problems with The Firm, a conflict that led to Megxit.

Perhaps in a preemptive strike, a spokesperson for the pair said, “The Duke and Duchess of Sussex were not interviewed and did not contribute to ‘Finding Freedom.’”

“This book is based on the authors’ own experiences as members of the royal press corps and their own independent reporting.”

If they don’t like what’s in the book will they sue? This week they launched their second lawsuit, this time against John Doe. Yes, you read that correctly. They claim that “someone” took pictures of Archie without their consent but have no idea who, thus, John Doe.

I could say something hinky right now about the couple’s propensity to see evil lurking in all corners, ready to pounce on them, but really, why? Let’s just read the book.

A new book claims Prince Harry and Meghan Markle’s tense relationship with Prince William and Kate Middleton was so bad they barely spoke.