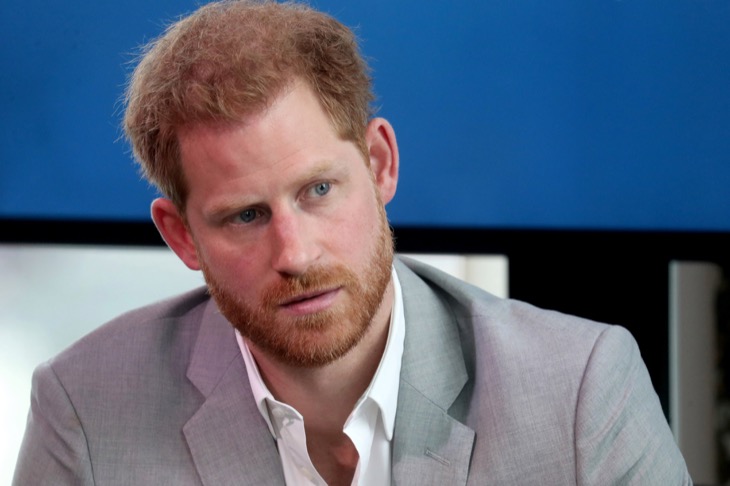 As many today know, Prince Harry has been a leading advocate for environmental and conservationist issues for a long time. However, recently the Duke of Sussex has come under intense criticism for the fact that he and his American wife, Meghan Markle have been seen tooling around Los Angeles in a less than environmentally friendly car. Indeed, British tabloids recently ran with a story about how Prince Harry and Meghan were seen in a “gas-guzzling” black Cadillac Escalade.

Then too, at many and varied speaking engagements, Prince Harry has gone on a bit like Greta Thunberg, suggesting an apocalyptic future for mankind and the end of our species in just 12 years’ time. Yet, Prince Harry got to those speaking engagements by flying around in private jets! Understanding that hypocrisy, many Britons (and others) believe that Prince Harry is really nothing more than an armchair environmentalist.

Prince Harry’s always banging on about how everyone should listen to the scientists, they say … and now they’re saying it’s high time that he and Meghan Markle put their money where their mouths happen to be.

Some are simply asking why Prince Harry and Meghan have to jet set around. If they truly believe in the causes they espouse, why are they driving in a vehicle that only gets 14 miles per gallon? Why aren’t the Duke and Duchess of Sussex dragging their security detail along and despite the headaches, flying economy on a commercial flight?

This is hardly the only area where Prince Harry and Meghan Markle face criticism for hypocrisy, however. The couple has ranted on quite publicly in recent months about social justice issues, economic equality and privilege … yet Harry and Meghan are lecturing the masses while living the very definition of an ultra-privileged lifestyle.

Critics point to the fact that Meghan has talked about being humble … but when doing engagement photos, Meghan Markle spent over $75,000 on her dress. In comparison, her sister-in-law, Kate Middleton’s dress for her engagement photo cost only $600. Many fans of the British Royal family might agree that’s an insane difference in price and just goes to show the level of extravagance that Meghan appears to require. Some reports also revealed that Meghan spent more than half a million dollars on her wardrobe alone in 2018!

Do Kate And William Spend As Much Or More Than Harry And Meghan Did? https://t.co/b2LOk21CQY pic.twitter.com/TI1uGYacqc

Then there’s the opulent mansion owned by movie mogul Tyler Perry that Meghan and Prince Harry are living in. The place has 8-bedrooms and 12-bathrooms and is priced at over $18 Million … but it’s just Meghan, Harry, Meghan’s mom Doria Ragland, and little Archie Harrison Mountbatten-Windsor living there! A lot of fans want to know just exactly how many bathrooms Meghan and her family actually need …

In any case, there appears to be lots of room for Prince Harry and Meghan Markle to improve and lessen the appearance of hypocrisy. The bottom line is that it’s Harry and Meghan’s life and they can do as they wish. If they want to jet set and drive tanks through downtown L.A. because hey … it’ll get them where they wanna go … that’s their business. However, many will agree that it does Harry and Meghan’s causes no good if the public views the Duke and Duchess of Sussex as sanctimonious frauds.

Days of Our Lives Spoilers: How Does Sami Deal With ‘Wilson’ Adopting Allie’s Baby?