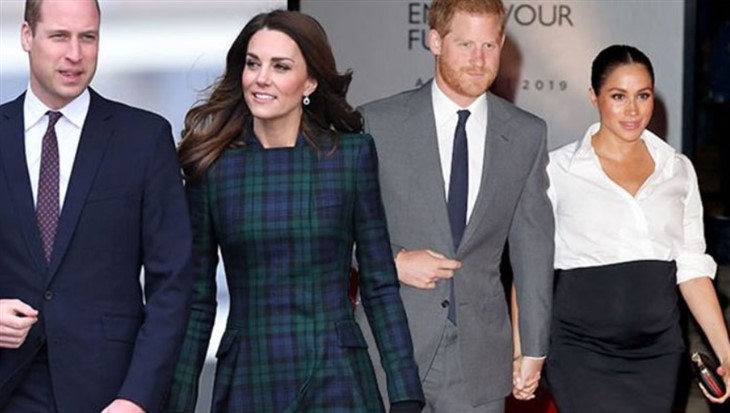 Kate Middleton and Prince William are the latest royals to be dragged for excessive spending by Graham Smith, the CEO of Republic. Republic is an organization that advocates for the dissolution of the monarchy which would necessitate the queen’s position to be replaced with an elected, democratic head of state.

Smith recently revealed that the Duke and Duchess of Cambridge spent £15,000 on a 950ft bushy hedge which would prevent the public from seeing into their property. Smith called this an outrageous outlay. Has he heard of a couple of royals named Prince Harry and Meghan Markle?

Should Kate And William Acknowledge That They Have A Privileged Life?

Smith added, “They have a deep-seated sense of entitlement. They routinely spend money in the tens of thousands whether it is on their own homes or private plane and helicopter travel around the UK when they could easily take cars or trains. So this is typical of more of their spending.”

But wait, that’s not all! “They ought to accept the fact they have a really privileged life and not keep spending public money,” Smith concluded.

About that pricey £15,000 hedge, a Palace spokesperson said, “As part of the broader management of the Estate, the physical surroundings of Royal Residences are under constant review. From time to time, adjustments are made to the landscaping and gardens, including hedging.”

Harry And Meghan’s Wedding Did Mot Make A Profit For The UK?

Graham indeed has heard of Harry and Meghan! He went on to say that Meghan’s claim that she generated £1billion for the United Kingdom’s coffers via her wedding is poppycock.

Speaking to the Express.co.uk he made it clear that there is zero evidence that Prince Harry and Meghan Markle’s wedding provided an economic boost for Britain, regardless of what Meghan is saying.

According to Smith, “Meghan Markle is falling for the same spin that the royal household put out. There is no evidence at all that the monarchy ever bring money in from tourism. The idea that her wedding brought in £1billion is pure fiction. There just isn’t any evidence to support that whatsoever.”

“It was a net loss for the British taxpayers and to try and justify spending public money on her wedding by making these rather weird claims is just another sign of their entitlement.”

Days Of Our Lives Spoilers: Sami’s Search For Allie Ends With Triple Shocker and Wedding Rage