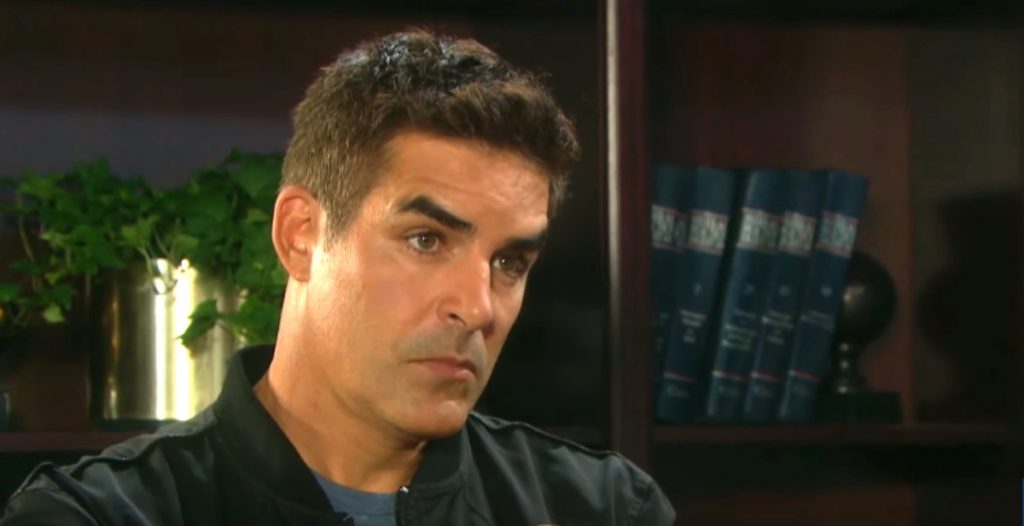 Days of Our Lives spoilers reveal Rafe Hernandez (Galen Gering) still can’t locate David Ridgeway (Caleb and Kyler Ends). He knows that Evan Frears aka Christian Maddox (Brock Kelly) has the child hidden somewhere. In desperation, Rafe asks Sonny Kiriakis (Freddie Smith) for a huge favor. Will he be able to get Evan to tell him David’s whereabouts?

DOOL spoilers reveal David is still missing. As fans know, Evan kidnapped the little boy. The reason why Rafe can’t seem to find the child is that the fake nanny has a powerful person in his corner. That is his biological father, Orpheus (George DelHoyo). The supervillain is back in Salem, but nobody except Evan knows about it. He’s the one who has been watching David and making sure he stays hidden.

Expect Rafe to become even more desperate to find Jordan Ridgeway’s (formerly Chrishell Stause) son. Rafe was close to adopting him when he found out the truth about Evan. Due to Rafe’s history as a detective and police commissioner, he knows what the statistics say. The longer a child is missing, the less likely they will be found.

This leads Rafe to approach Sonny and ask him for a big favor. The Kiriakis heir had a brief romance with Evan, and the fake nanny still has strong feelings for him. Rafe hopes that Sonny can use their history to talk to Evan.

Days of Our Lives spoilers reveal Sonny agrees to Rafe’s request. He ends up meeting with Evan and having a conversation with him. He tries to be the voice of reason, explaining why it’s in Evan’s best interest to return the child.

However, what Sonny and the rest of Salem don’t realize is that Evan isn’t exactly in charge. Even though Evan is determined to keep David, Orpheus is actually pulling a lot of the strings.

Evan’s father is risking everything to help keep him out of prison. He’s also doing what he can so Evan can raise his son. He might also be aware of Orpheus’ true nature. If so, then he already knows it’s not a good idea to get on Orpheus’ bad side.

At the same time, Sonny’s words could be spinning in his mind. Could Evan have second thoughts about hiding David? Fans will have to keep watching to see how this story progresses.

Be sure to catch up on everything happening with the DOOL right now. Come back here often for Days of Our Lives spoilers, news, and updates!