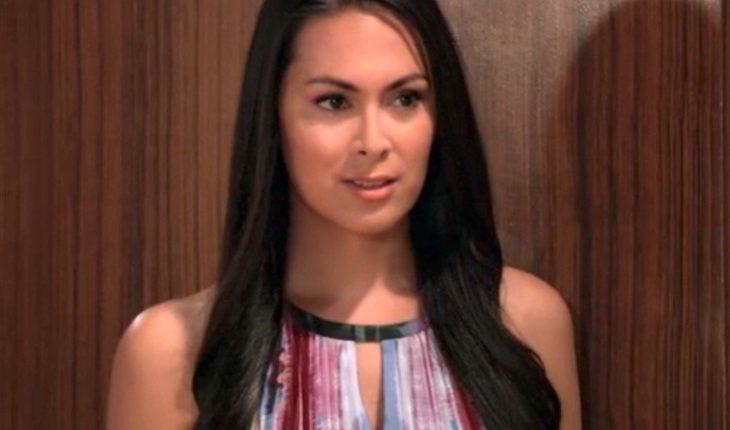 Dr. Terri Randolph (Cassandra James) was introduced to the General Hospital audience as the new oncologist at GH. However, Terri hasn’t been seen for months. Where is Terri Randolph?

General Hospital’s Terri grew up with Elizabeth Baldwin (Rebecca Herbst). Terri and Liz were revealed to have been best friends even though Terri was a male when they were kids. Terri and Liz used to spend time together. Liz and Franco Baldwin (Roger Howarth) often had Terri over to visit. However, Terri has been missing for some time.

General Hospital’s Terri tried to save Oscar Nero (Garren Stitt). Terri used every type of treatment at her disposal to try and get rid of Oscar’s tumor so the teen could live a full and happy life. Terri used experimental treatments as well as conventional methods to try and help her coworker, Kim Nero’s (Tamra Braun) son.

Unfortunately, Oscar was not meant to survive. Terri felt terrible that she could not save Oscar. Oscar was so young and full of life. Could Terri be so disgusted with herself that she left Port Charles for a while? Will Terri ever be back on our G.H. screens?

General Hospital’s Terri has to be lonely considering most of her interactions have been with couples. Perhaps G.H. writers should introduce a new love interest for Terri so she can have some companionship. Having a transgender relationship is something that hasn’t been tackled on G.H. but several other controversial items have been addressed in the past. Why not give Terri some companionship? Perhaps Terri would be seen more if there was someone for her to spend time with.

GH Hospital Spoilers – Another Cancer Storyline Could Be Introduced

However, it would give Terri, Sam McCall (Kelly Monaco), and Jason Morgan (Steve Burton) some amazing scenes. Terri has been an amazing doctor to the patients she has seen so far. Terri needs to have more patients and more screen time.

General Hospital’s Terri is beautiful and an asset to the GH staff. Perhaps Terri could be head of oncology or something that would put her front and center more. Cassandra James fans would love to see more of Terri no matter what the story. Hopefully, Terri will return soon with a new and exciting storyline. Until then, perhaps Terri is saving lives behind the scenes.

Days Of Our Lives Spoilers: Rafe Keeps Secret, But Sami Makes Will An Accessory