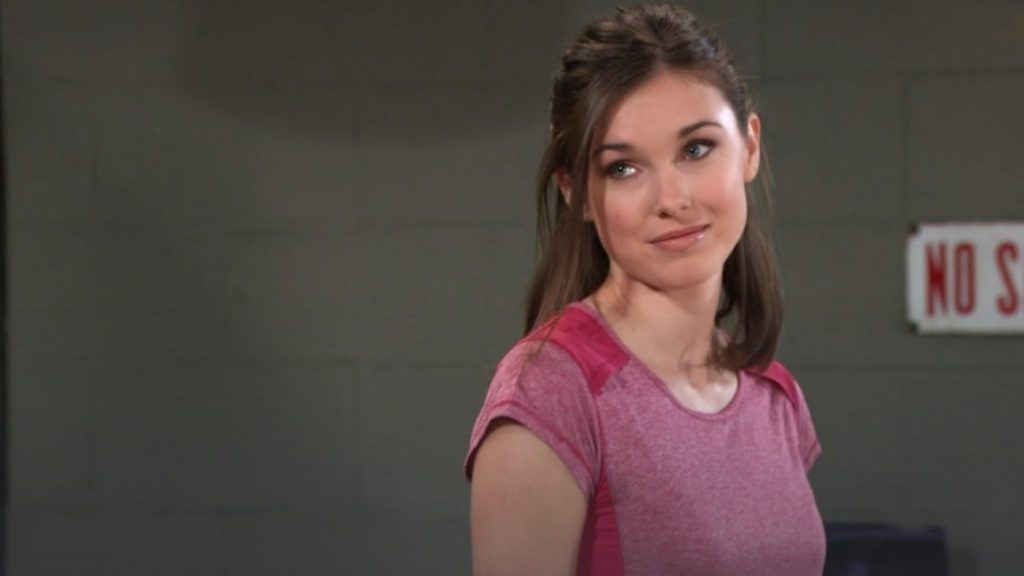 General Hospital Spoilers: Brad Cooper Is Overwhelmed And Off His Game

General Hospital viewers will recall that Brad Cooper (Parry Shen) has been overwhelmed and off his game with taking proper care of Wiley. He had forgotten to turn on his phone when he went back to work, forgotten to pack snacks for Wiley, and Michael Corinthos (Chad Duell) was called to bring Wiley home when he wasn’t feeling too well – and brought him to the hospital and confronted Brad about his needing some help and not being too proud to accept it.

He even offered to pay for a full time nanny but Brad refused – although he did say that Willow would be the perfect person to take care of Wiley. Michael reminded him that Willow also has a full time teaching job at General Hospital basically the same hours that Brad works, but Willow said hesitantly that she’d be glad to help, thinking maybe she could get her teaching schedule to work around taking care of Wiley. But she hasn’t been working there that long – and usually it’s not good for a new employee to have to take any time off or make adjustments to her working schedule.

GH Spoilers: Wiley Cooper-Jones Is A Little Over One Year Old And Turning Into A Toddler

Wiley is a little over one year old, ready to start turning into a toddler. He should already be crawling around for a few months, and probably able to pull himself up to his feet and will soon be walking. That means he could get into things, and possibly even climbing up on things because of his toddler curiosity, and that means he could get into trouble if Brad is not watching him like a hawk!

Brad, as a lab manager should already know the dangers of prescription drugs in the wrong hands and should already be childproofing his and Lucas Jones’ (Ryan Carnes) apartment. But what if he is too overwhelmed and distracted to do so? There are so many places that a toddler that may be learning how to climb could get hurt; hot pots cooking on the stove, heavy objects out of his line of sight on counters he could be injured by, detergent pods that look to a toddler like candy – and they DO put everything in their mouths – the possibilities for Wiley getting hurt are endless! Button batteries out of remote controls can cause catastrophe in digestive systems!

Brad simply cannot allow himself to be this distracted! The best thing for Wiley’s safety right now would be to have a full time live-in nanny that could help not only with childcare but with housekeeping, so that Brad can work and be able to visit Lucas frequently in Turning Woods. But will Willow and Michael be able to convince Brad to do the right thing for Wiley?