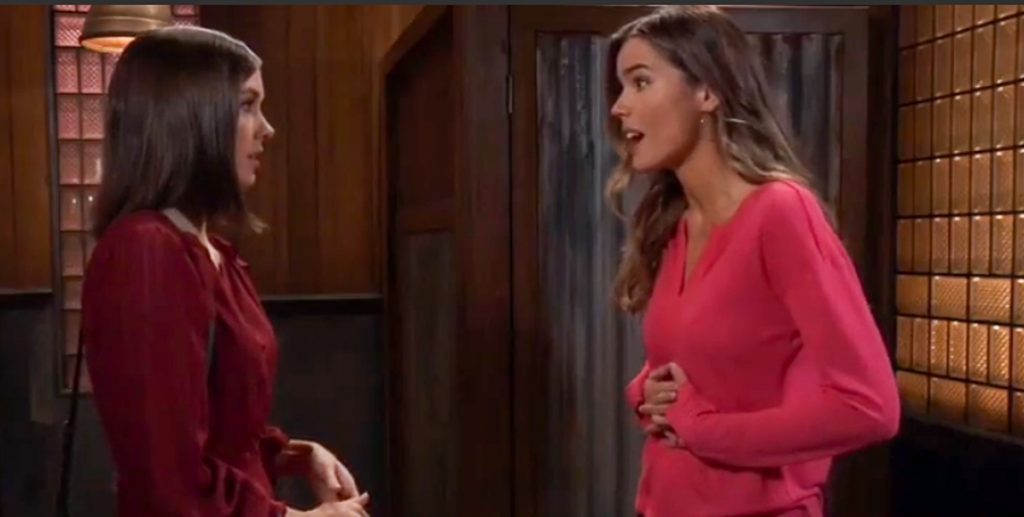 General Hospital spoilers for Wednesday, November 27 tease another exciting day of drama and suspense for General Hospital viewers, and some confrontations among the residents of Port Charles as well!

At General Hospital, Dr. Lucas Jones (Ryan Carnes) demands that his husband, Brad Cooper (Parry Shen) comes clean! As General Hospital viewers know, their marriage has been falling apart for a while since Brad cannot seem to get his act together and quit being a scheming serial liar!

The worst secret Brad is keeping is that he swapped their dead adopted baby boy, who was the son of Shiloh Archer (Coby Ryan McLaughlin) and Willow Tait (Katelyn MacMullen) for Nelle Benson (Chloe Lanier) and Michael Corinthos’ (Chad Duell) live baby Jonah Corinthos! Lucas still has no idea that their son “Wiley Cooper-Jones” is really Michael’s! But it sounds like that secret will come out soon!

Anna Devane (Finola Hughes) has never seen Dr. Hamilton Finn (Michael Easton) so happy as they take a selfie together. Finn obviously is staying with Anna and Anna with Finn in spite of the slight complication of Violet Barnes (Jophielle Love). They have no idea that Finn will be the only parent that little Violet will have, as Hayden Barnes (Rebecca Budig) will be forced to make a terrible choice in order to save her own life and keep Violet safe!

It appears that Sasha Gilmore (Sofia Mattsson) and Willow are near the ladies room at the Floating Rib, when Sasha shows concern for Willow. Perhaps they were in the ladies room together and Sasha heard Willow become sick or she was upset and thought she was alone, although she doesn’t really look like she had either been crying or losing her lunch; however Sasha says it’s really not her business but could Willow – Willow cuts her off, saying don’t ask!! That doesn’t sound too good!

At her hospital room at General Hospital, Alexis Davis (Nancy Lee Grahn) addresses Dr. Neil Byrne (Joe Flanigan), who has just entered, and tells him she rolled out the carpet for someone who wants her dead! It sounds like she did some research and figured out that Kendra Lennon (Michelle Argyris) really did try to poison her, and may have found out she is Kiefer Bauer’s (Christian Alexander) older sister!

It sounds like Alexis isn’t the only one who has figured something out; at Wyndemere, her half-brother Valentin Cassadine (James Patrick Stuart) is talking to Martin Grey, (Michael E. Knight) who he has hired to help him recover Helena Cassadine’s (Constance Towers) portrait. He makes it perfectly clear to Martin that he does not intend to lose anything!

General Hospital viewers will recall that Hayden, who was still standing on the pier after a conversation with Nikolas Cassadine (Marcus Coloma) was grabbed from behind by a man wearing a hoodie when she was trying to call Finn, apparently when he and Anna were taking their selfie since he didn’t answer. Nikolas appears again, and tells her she has to leave now! Apparently he waiting in the shadows and saw Hayden get attacked and fought the attacker off!