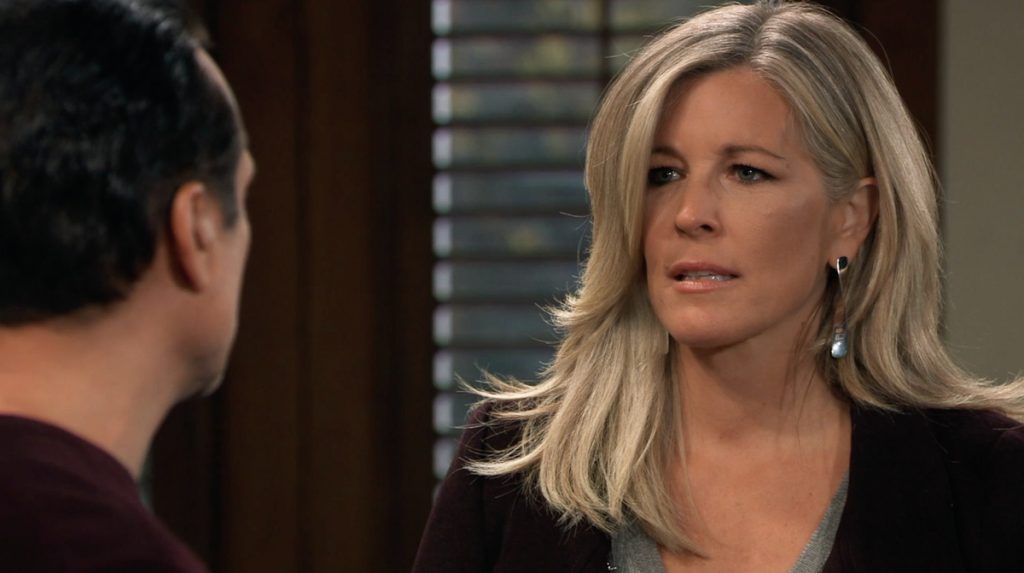 General Hospital spoilers has everyone asking the same question: will Sonny Corinthos (Maurice Benard) blow things with Carly Corinthos (Laura Wright)? Read on for all of the latest spoilers.

Carly has been keeping a major secret from Sonny. She knows that Nikolas Cassadine is alive but she knows that this is not the right time to tell her husband, even though it’s vital information. For Carly, it’s a very sensitive situation. Even though she and Sonny have a sexy sexy, volatile past, they’ve managed to keep things strong between them and especially after losing their son, Morgan Corinthos. Carly doesn’t want to ruin what they have between them right now.

Speaking to Soaps in Depth in a new interview, Maurice Benard, who plays Sonny on the hit ABC soap, puts it this way, “It’s a mature relationship. Laura Wright and I get along great and we are two good actors working together, so it feels real. That’s what I dig about it. It’s two people who are really talking like married people do as opposed to acting.”

But then again, even General Hospital fans know that Sonny may be his own worst enemy, especially when it comes to Carly’s friendship with her ex, Jasper Jacks (Ingo Rademacher). Maurice puts it rather bluntly, “Sonny doesn’t like him. Jax is annoying.”

GH Spoilers: How Long Will Carly Keep This Secret From Sonny?

Of course, this has all proven to be very stressful for Carly, as she doesn’t want to see her marriage fall into pieces and she certainly doesn’t want things to end up sour between her and Jax. Even though he is her ex, she still wants to maintain a good relationship with him for the sake of their daughter, Josslyn Jacks (Eden McCoy).

For Sonny though, it won’t be very easy for him to keep his cool. As much as he loves Carly, he doesn’t appreciate her doing things behind his back or keeping secrets from him for that matter. As Carly will struggle with whether or not to clue in her husband about what’s going on, Sonny’s jealously just may make this situation worse than it already is.

Needless to say, fans will have to tune in for all of the action. General Hospital airs weekdays on the ABC network. Check your local listings for times.