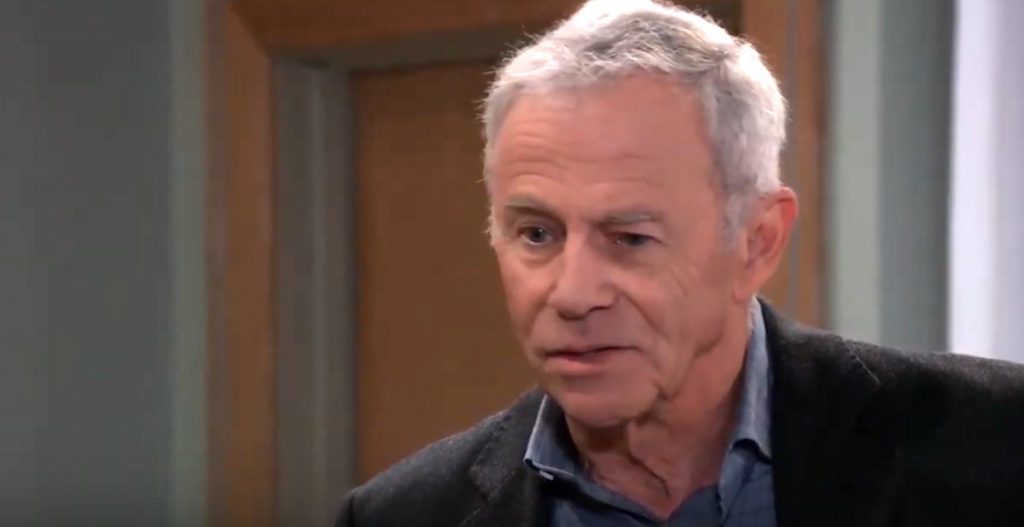 General Hospital (GH ) spoilers tease that Peter August (Wes Ramsey) doesn’t really believe that Robert Scorpio (Tristan Rogers) has given up on trying to prove Peter was Helena Cassadine’s (Constance Towers) full partner in the memory mapping experiments. Peter has seemingly been willing to kill in order to keep this a secret, with Drew Miller (Billy Miller) presumed dead at Peter’s bidding. Other attempts, such as the ones made on Andre Maddox (Anthony Montgomery) and Franco Baldwin (Roger Howarth), were aborted when Peter had a change of heart and killed the hit man he hired instead of the people he had hired him to kill.

Peter won’t likely try to kill Robert though. For one thing, Robert is a former ISA agent and would be very difficult to kill without the element of surprise. In addition, his mother Anna Devane (Finola Hughes) was once romantically involved with Robert which produced Peter’s half sister, Robin Scorpio (Kimberly McCullough). Robert means a lot to members of Peter’s family so taking him out would cause them too much pain, and would probably draw too much suspicion.

Peter could kidnap Robert and keep him hidden away somewhere. But if he did that he would be admitting his guilt to Robert which would mean he could never let Robert go. But what if Peter enlisted Robert’s ex wife Holly Sutton (Emma Samms), and paid her to help get Robert out of Port Charles. Peter could convince con woman Holly to work with him. Holly could possibly contact Robert and tell him that she needs him immediately. Holly and Robert were very much in love so he would likely come running if Holly was in trouble. Or Peter could just kidnap her himself if he didn’t want to know he was the one who asked for her help.

Peter only needs to distract Robert until Leisl O’Brecht is convicted of the crimes he committed. Peter has done an excellent job of framing Leisl, and currently she has been extradited back to Prague where she is awaiting trial. Holding Holly hostage in another part of the world would be the surest way to keep Robert out of his hair. But once Robert finds Holly, he’ll likely figure out he was set up.

But Robert isn’t Peter’s biggest concern. Damian Spinelli (Bradford Anderson) has made it his mission to accomplish the same goal as Robertl. His reasons are even more personal than Robert’s. Spinelli and Peter’s girlfriend, Maxie Jones (Kirsten Storms) were once romantically involved and have a daughter together. If Peter is a dangerous criminal, then Spinelli won’t want either of them to be caught in the crossfire of Peter’s criminal cover-up. Besides Peter once held his best friend Jason Morgan (Steve Burton) in captivity for five years while everyone believed Jason to be dead. Peter has never paid for that crime, and Spinelli would certainly like to make that happen.

General Hospital Spoilers: What will happen?

Will Peter send Robert off on a wild goose chase in search of Holly. Will Robert realize it’s all a setup. How long will it take before Spinelli finds all the evident that they need? Only time will tell, so stay tuned to General Hospital airing weekdays on ABC. And don’t forget to check back here regularly for all your General Hospital news, information and spoilers!

The Bold and The Beautiful Spoilers: Flo Confronts Sally About Her Fake Sickness, Sally Twists Everything and Blames Wyatt