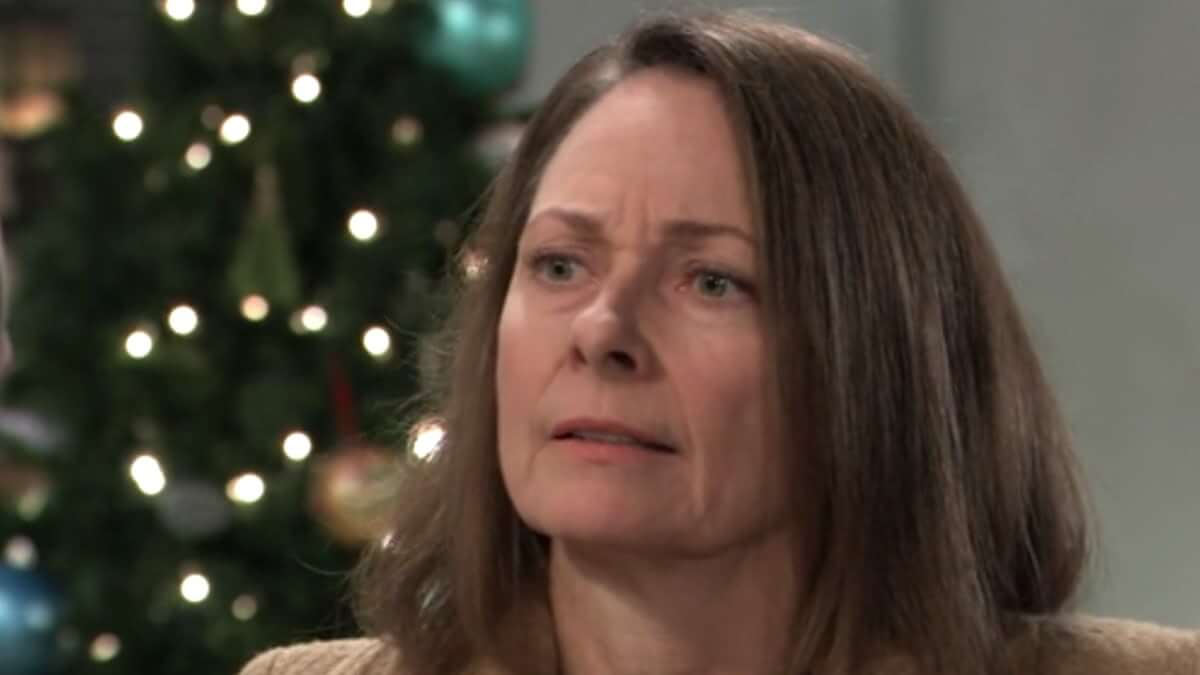 General Hospital spoilers reveal that someone is cooking up a load of delicious deviousness in Sonny’s (Maurice Benard) house and it isn’t the coffee meister. What in the world does Gladys (Bonnie Burroughs) have up her sneaky, blackmailing sleeve? The holidays are over and yet she’s still in the manse, as unwanted a house guest as there ever was.

Should Gladys move on in, as it’s clear that she’s already made herself at home? No offense to CarSon, but there are more than a few reasons I’d like to see Gladys linger on till Easter.
First of all, she has Sonny by the coffee beans. So to speak.

She’s a real threat to his operation, as real as any one of the members of the Five Families. The only problem is, Gladys IS family! Would Sonny have it in him to whack his kin? Scratch that, he already did when he shot Dante (Dominic Zamprogna). Of course, he didn’t know at the time that they were related, but such a minor detail.

General Hospital spoilers – Gladys has the goods on Sonny

Nosy Gladys is on Sonny’s payroll to keep quiet about Dev (Ashton Arbab). She provided a valuable service with her cover story, but Gladys isn’t the type to settle for a plain cup of joe when she can have a grande macchiato!

Surely this vixen has what it takes to give Sonny a run for his money—literally. She’s proven herself to be a worthy opponent just by getting under his skin with one of her hysterical eyerolls. 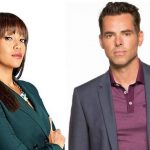 Yet he’s got on golden handcuffs because he’s beholden to her and DNA-bound. This is the kind of delicious tension between characters that makes for great daytime tv.

She’s been able to annoy him in a way that few others have and lived to tell the tale. Glady’s has tons of plot potential as a foil to Sonny and as a blank slate. We know she still mourns for her son, but little else.
General Hospital spoilers – Unconventional Gladys deserves to stick around

We’ve seen real glimpses of gold to be mined in her story. TPTB struck a chord among viewers this holiday season when Gladys was shown to be a mother in mourning, and who didn’t feel for her genuine loss and sorrow?

Plus, the character came out of nowhere to reveal an important fact regarding Mike’s (Max Gail) Alzheimer’s storyline. Gladys told everyone that a feeding tube is sometimes not the way to go in these cases, revealing her friend had this done against her will. Gladys was again shown to be vulnerable and genuine, and I for one liked the humanity she showed in contrast to her usual gruffness.

I’d like to see this brash, simple, yet tender-hearted character stick around Port Charles–she’s a one-of-a-kind and as such capable of anything!