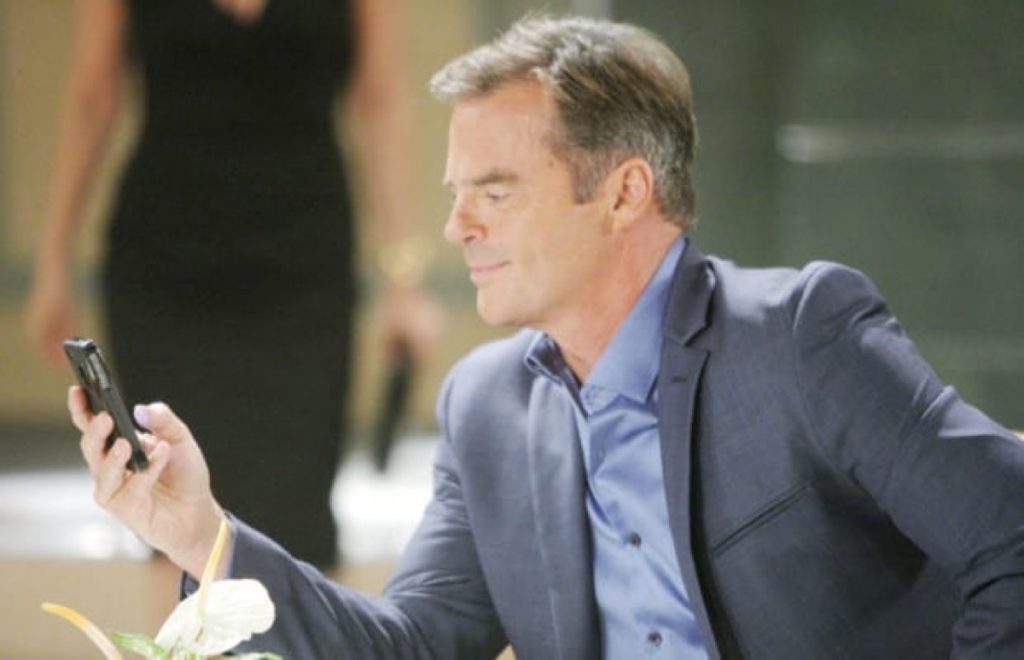 General Hospital spoilers for Tuesday, February 25 tease another exciting day of drama for GH fans with confrontations, mysteries, and suspense!

Meanwhile, over at the Metro Court, Olivia Quartermaine (Lisa LoCicero) tells Dustin Phillips (Mark Lawson) that “they’ll have to deal with her instead.” Perhaps she is volunteering to chaperone the winter formal dance that the high school was coming up and Dustin is telling her various scenarios that could happen – and maybe use a few from the past as examples! Josslyn Jacks (Eden McCoy) and Cameron Webber (William Lipton) getting drunk at the dance they had upon the Haunted Star a few months ago, for instance!

Trina Robinson (Sydney Mikayla) doesn’t mince words in the Corinthos kitchen when she tells Joss to get her head out of her journal and back into real life! As Cameron looks on, she tells her “You’re going to spend more time writing about your life than you are living it!” Josslyn looks a little hurt but Trina has a point – journals are to get your feelings out or document the events in your life, not hide from your life. Josslyn seems to be using her journal to avoid situations that are stressful for her.

At the Metro Court, Alexis Davis (Nancy Lee Grahn) and Julian Jerome (William DeVry) are having a family meeting with their daughter, Sam McCall (Kelly Monaco). Alexis is surprised to hear Sam agree with her birth father, who she normally avoids, saying she’d have to agree with Julian on “this one”. The family is probably meeting about the revelation that the baby that Lucas Jones (Ryan Carnes) had adopted with his husband Brad Cooper (Parry Shen) died and they had been caring for Michael Corinthos (Chad Duell) and Nelle Benson Archer’s (Chloe Lanier) baby all that time, thanks to Brad’s lies, which were just exposed! Alexis had handled the adoption and Julian may have told Alexis to not invalidate the adoption, since it may involve getting birth – and death – records changed and he and Sam had pulled a con at the state bureau of records with the baby’s birth certificate in an effort to keep his and his mother’s identities safe from Shiloh Archer, (Coby Ryan McLaughlin) who was the original baby’s birth father – the adoption records had been destroyed as well! That is just one big red tape snafu that Julian and Sam would rather not have to admit to!

Still in the Quartermaine living room, Jason Morgan (Steve Burton) advises Michael as Wiley/Jonah Corinthos (Erik and Theodore Olson) plays on the floor. Jason tells Michael “you’ve got to figure out what to do if they are wrong”. Perhaps they also are talking about birth records, DNA tests, and the like, since Michael knows that Brad is known for having falsified a lot of DNA tests during his time as lab tech and later manager at General Hospital!

General Hospital Recap Monday, February 24: Michael has his son back – Nikolas and Elizabeth have a serious chat https://t.co/jYQtAIoPax pic.twitter.com/ypwMa2at1n

At the Port Charles Police Department jail, Carly Corinthos (Laura Wright) gives Nelle a good stiff warning that could include deadly intentions! She tells her that her first step in the sunshine could be her last! Carly is determined that Nelle never set foot near her grandson Wiley/Jonah or Michael, or anyone in her family including herself, ever, ever again!