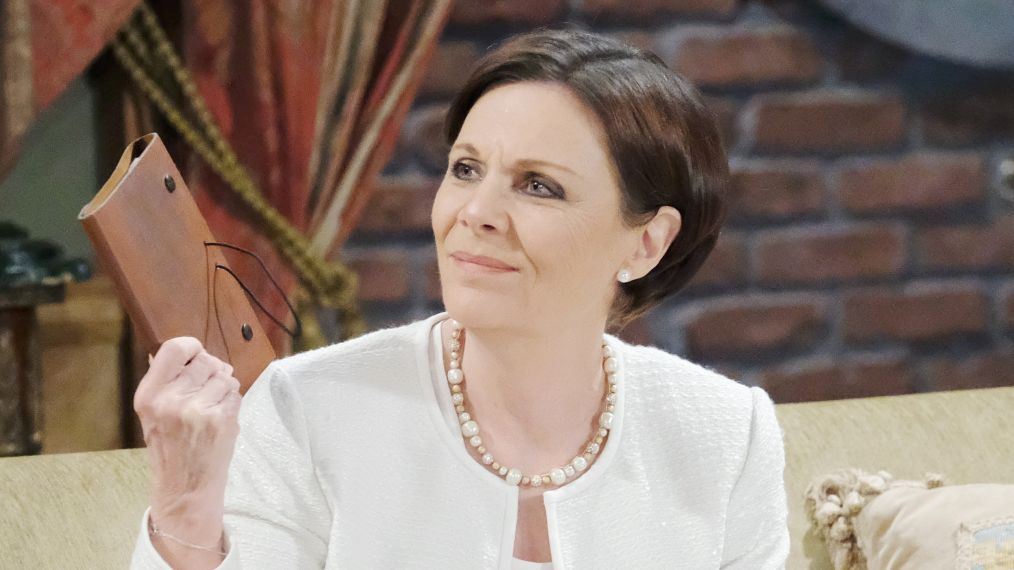 General Hospital (GH) spoilers tease Michael Corinthos (Chad Duell) is losing the confidence of at least one member of the Quartermaine family. Currently Michael is the CEO of ELQ, the Quartermaine family business. But recent events, such as the car accident that left Lucas Jones (Ryan Carnes) in a coma, have distracted Michael. It seems that Tracy Quartermaine will soon call him out.

In Tracy’s mind, all these distraction are causing Michael to lose focus and will cost them money in the long run. Tracy is a savvy businesswoman and perhaps she would like another term at the leadership role? Either way, look for her to suggest Michael either step down or completely commit.

Tracy has also suggested that its time Brook Lynn Ashton (Amanda Setton) take a role in the company. Never mind that Brook Lynn’s passion is her singing career. But she can’t really pursue her music right now because she is bound by an iron clad contract with a manager that seems to have no interest in furthering Brook Lynn’s career. The timing of all of this is odd. Is it possible that Tracy is somehow behind Brook Lynn’s troubles?

Tracy seems to have plans for ELQ that might not include Michael, but do include herself, her son Ned Ashton (Wally Kurth) and Brook Lynn. Ousting Michael seems to be her first step. But would Tracy actually manipulate Brook Lynn’s career for her own ends. This is the woman who once withheld heart medication for her father when he was having a heart attack so there really isn’t much that Tracy isn’t capable of!

Does Tracy want Michael replaced at ELQ? Does she want Ned, and eventually Brook Lynn to run the company? Only time will tell, so stay tuned to General Hospital airing weekdays on ABC. And don’t forget to check back here regularly for all your General Hospital news, information and spoilers!

General Hospital Spoilers and Promo: GH Is Back On Friday! Homecoming For The Teen…