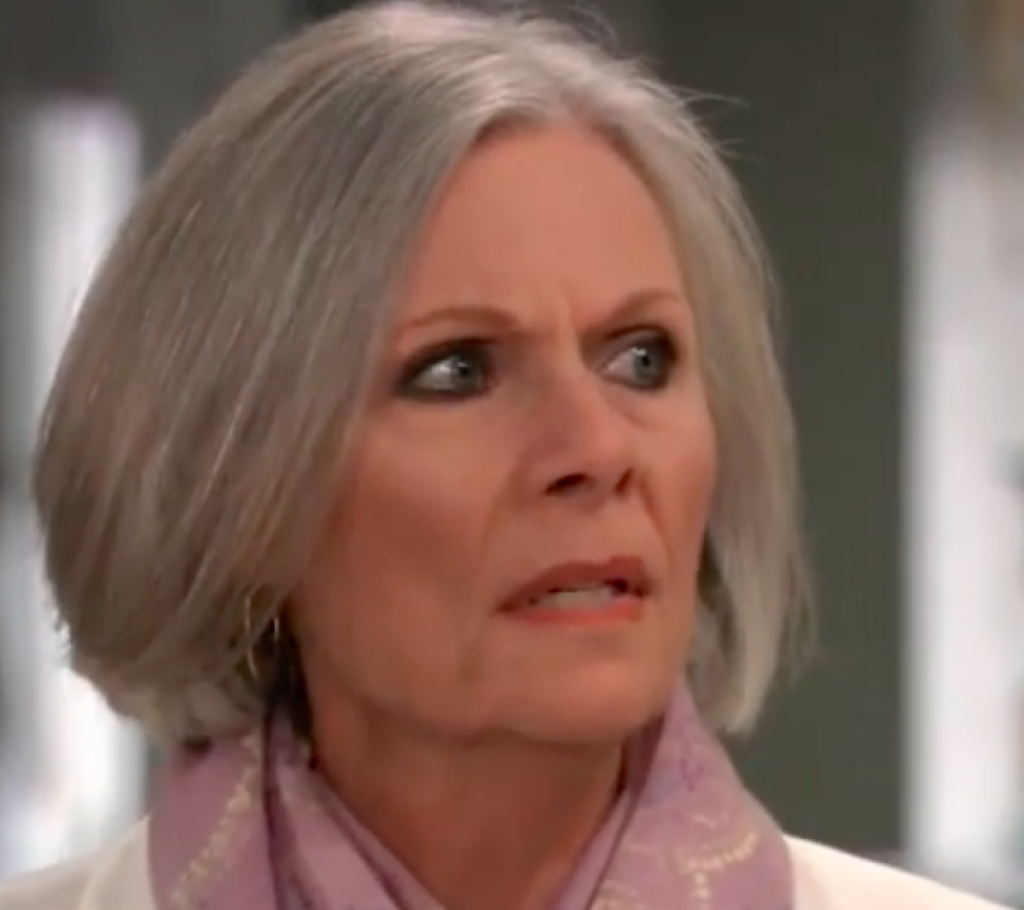 General Hospital spoilers tease that Monday, January 13 will be another exciting day of drama for GH viewers!

A very excited Brook Lynn Quartermaine looks like she is literally bursting with excitement as she lets everyone know she has very good news! She says “I have a really big announcement to make!” Since her music career is more important to her than nearly anything else, she must be talking atrabout a big break she obviously just found out about.

Her father, Ned Quartermaine (Wally Kurth) will hope she has learned her lesson about not signing contracts before she reads them, however! Or did the sleazy manager let her out of her contract after all? General Hospital fans will have to wait until Monday to find out!

Lulu Spencer (Emme Rylan) looks very flirtatious as she has a sexy suggestion for Dustin Phillips (Mark Lawson). She tells him “Let’s go back to your place!” That should be an offer he can’t refuse!

It looks like Dustin and Lulu are becoming very serious; it is interesting that he wasn’t her plus one at Nina Reeves’ (Cynthia Watros) failed wedding, as he probably could have come in handy helping to handle all the chaos of Lulu’s long presumed dead brother Nikolas Cassadine (Marcus Coloma) shocking everyone by bursting through the door with a soaking wet Ava Jerome (Maura West) in his arms! Plus, he would have gotten to meet Charlotte Cassadine’s (Scarlett Fernandez) “bodyguard”!

Meanwhile, over at the Quartermaine mansion, Tracy Quartermaine (Jane Elliot) with Ned watching in the background, his curiosity obviously piqued, is very upset with Michael Quartermaine (Chad Duell). Apparently she doesn’t think he is running her father’s company correctly and has misplaced priorities, since she lets loose at him with “What could POSSIBLY be more important than the future of ELQ!!!” Michael clasps his hands and looks at his feet like he’s preparing the perfect response.

General Hospital viewers have to wonder if Tracy remembers that Michael has quite a temper of his own when it’s warranted – he won’t throw her to the floor like he did Shiloh Archer (Coby Ryan McLaughlin) that time, but he might have a few choice words! Things could get interesting between old school Tracy and new school Michael!

Damian Spinelli, (Bradford Anderson) in Port Charles to help Jason Morgan (Steve Burton) and Sam McCall (Kelly Monaco) makes it a point to catch up with Maxie Jones (Kirsten Storms) this time. The two are obviously having a conversation about Maxie’s career aspirations when he asks her if she’s planning on leaving Crimson! General Hospital viewers will recall that Lucy Coe (Lynn Herring) gave her an opportunity to work with Deception 2 in Friday’s episode.

Alexis Davis (Nancy Lee Grahn) has some questions for Sam about she and Jason’s relationship since Sam cannot be seen with Jason or any other ex-con for two more years. That pretty much lets out returning to her private investigator business! Sam and Jason had proposed to get evidence on Peter August (Wes Ramsey) to District Attorney Robert Scorpio (Tristan Rogers) in a recent episode, but they had to work separately. Alexis wants to know what Sam has in mind to expedite this reunion, referring to Sam and Jason being able to live as man and wife again!

At the Metro Court, Franco Baldwin (Roger Howarth) thanks Jason Morgan. He must have heard about all of Jason’s help when Franco had Drew Cain’s (Billy Miller) memories, and Jason helped a lot. Franco tells Jason he guesses he owes him his life!