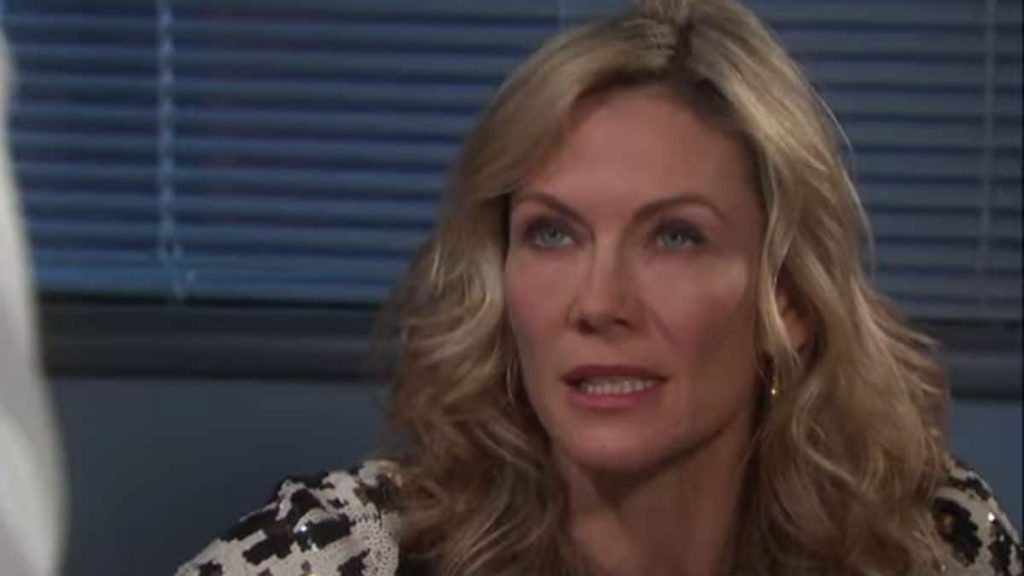 Days of our Lives spoilers reveal that Stefano (Stephen NIcols) and Kristen (Stacy Haiduk) are set to team up once again and Salem will never be the same after they get done with it.

Of course, only one of them is in disguise this time around. Stefano is masquerading as Patch, but as far as we know, Kristen is still really Kristen and neither a imposter in a mask nor a nun.

Days of our Lives spoilers – Who’s your daddy?

Last week the truth hit the fan when Patchano revealed his true persona to a blown-away Kristen. One needs a scorecard to keep track of the life and death status of the DiMera family!

Explosive show spoilers reveal that Stefano will continue to badger Kristen until she finally realizes that indeed her daddy dearest is alive and well. But that won’t be the end of the charade!

According to dropped hints, Stefano will require Kristen to prove her loyalty to him—he’s been burned by her before so the Phoenix is making a wise move.

What in the world will the father-daughter duo get up to in 2020? The possibilities are endless, but seem to begin and end with Stefano gaining control of Marlena (Deidre Hall) once again.

We’ve been down this road before, but never like this! Not only is Stefano free to roam about Salem undiscovered, he has a very willing comrade who has fooled everyone into believing she’s turned over a new leaf.

Days of our Lives spoilers – Who is in danger?

The fact is, both baddies have what amounts to a free pass to wreak all of the havoc their dark hearts desire. And that’s not good for Marlena or Nicole (Arianne Zucker).

Foolish Nicole has Kristen believing that she and Brady (Eric Martsolf) are a thing. That may be the last stupid thing that Misty Circle does!

February sweeps is a mere whisper away, and all signs are pointing to a spell-binding crescendo for the good people of Salem where Stefano and Kristen are concerned.

Here’s what we do know: Marlena will soon be flying solo, without John (Drake Hogestyn) to protect her. This will leave her vulnerable as convinces John to leave Salem in a quest to find and bring down Stefano.

As for Nicole, she too will be without the attention of the man in her life. We know that she’s pulling Kristen’s leg about being an item with the himbo, but Kristen is seething. Soon she will have Brady’s full attention when she makes a major announcement.

Kristen will signal to her baby daddy that she wants to communicate with him about their child who did not make it.

With John and Brady preoccupied, will Stefano and Kristen make moves that alter Marlena and Nicole’s lives forever? Be sure to tune in and find out!