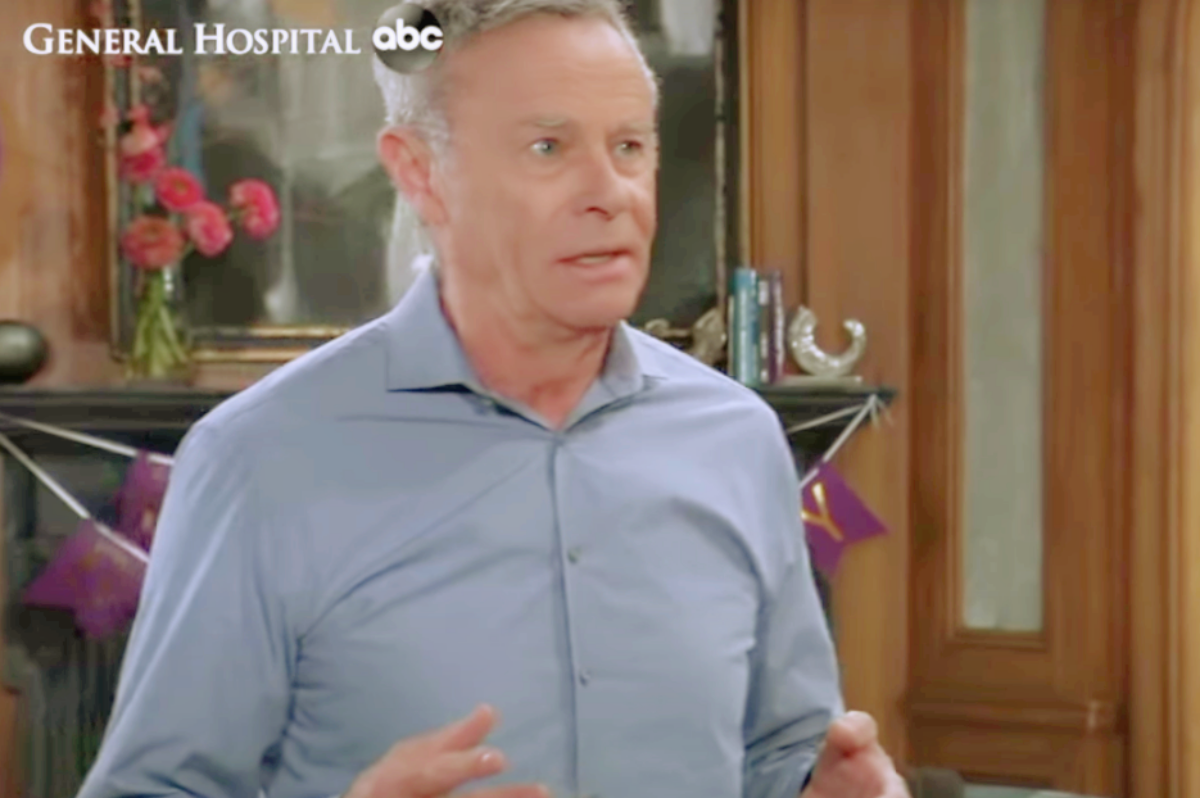 General Hospital (GH) spoilers suggest that Robert Scorpio (Tristan Rogers) may be in for a nasty surprise. That’s because GH fans know that Scorpio broke into Peter August’s (Wes Ramsey) apartment only to discover that someone may have followed him!

GH fans know that it’s no secret that Scorpio has an axe to grind with Peter. Why Scorpio detests Peter so much isn’t so clear since, as Anna Devane (Finola Huges) pointed out, Scorpio has seen other commit crimes. Scorpio has seen Anna herself break the law. Yet, in cases involving Anna or other agents from the World Security Bureau (WSB), Scorpio has either looked the other way or has actively been involved in covering up their crimes!

However, for some reason, Scorpio has steadfastly refused to do the same for Peter. Some GH viewers simply believe this is due to the fact that Scorpio hated Cesar Faison (Anders Hove) and believes that as Faison’s son, Peter is a bad apple who hasn’t fallen far from the tree.

Peter is far from dense. He knows that Scorpio doesn’t trust or like him. In fact, Peter knows that Scorpio probably won’t ever be someone he can trust as an ally, a friend, or as a “family member.” Peter knows that feeling is mutual too, which is why he’s kept a watchful eye on Scorpio’s behavior. Peter has watched as Scorpio has gone from actively interrogating him regarding the murder of Drew Cain (Billy Miller) and the attempted murders of a few others to suddenly playing nice.

As GH viewers know, Peter’s spider senses are tingling. They also know that because of Peter’s mistrust, he feels he has no choice but to create some kind of diversion for Scorpio. Because of Peter’s relationship with Anna, some GH fans are hoping that the diversion Peter has intended for Scorpio is only intended to throw the old spy off of Peter’s scent. Peter’s smart though. He knows that killing Scorpio just might not have the effect he might otherwise wish for.

At this point, it’s a question as to who is coming in to Peter’s apartment after Scorpio. Is it the person Peter was speaking to on the phone at Violet Finn’s (Jophielle Love) birthday party? Perhaps whoever that person was arranged to have thugs or a hired assassin follow Scorpio into Peter’s apartment?

The truth is, all of that remains to be seen. There is a fact, however, that fans of Scorpio can take comfort in. Scorpio himself is no stranger to life and death fights. Scorpio knows how to take care of himself. Remember, it’s possible that Scorpio may have a moment to hide in the apartment. Alternatively, perhaps there is a back exit, through which Scorpio might make a quick retreat.

If Scorpio is drawn into a fight, remember that he’ll know methods to disarm his opponent, and he’ll also likely know a variety of fighting styles that are perfect for close quarter combat. Scorpio will do just fine.

The Young and the Restless Spoilers: Jack Gives Phyllis Advice On Her War With Abby