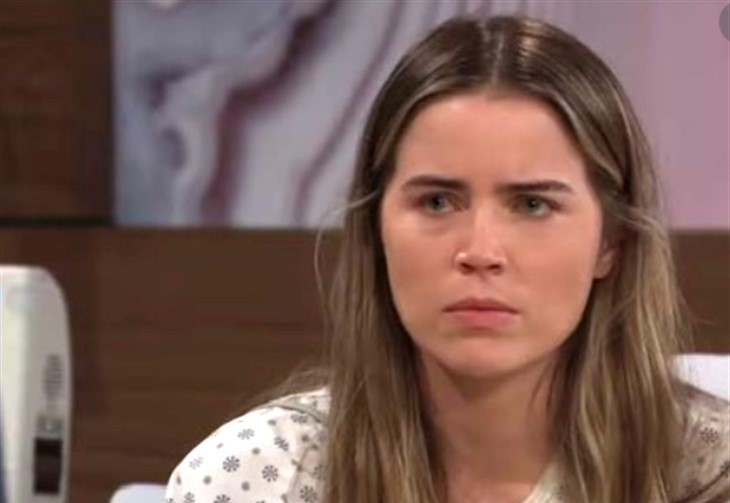 General Hospital spoilers and updates reveal in Port Charles, NY Sasha Gilmore (Sofia Mattsson) almost died from an overdose given to her by Cyrus Renault (Jeff Kober). Sasha never had any problems with drugs she had tried before these but someone is off with those Cyrus provided her. Sasha knows she wasn’t given just cocaine and doesn’t want anyone else to die. Sasha wants Cyrus to pay and will offer to go undercover to take him down.

General Hospital Spoilers – Too Many People Are Dying

Several people have overdosed since Cyrus started running his drugs through Port Charles. Britt Westbourne (Kelly Thiebaud) has mentioned how many cases have come through the hospital recently and some have not survived. Sasha was extremely lucky to pull through, especially after she had a heart attack caused by the drugs.

Sasha may realize how close she came to dying and want to make someone pay. Sasha chose to do those drugs when they were offered to her because that has been her coping mechanism since she gave up Michael Corinthos (Chad Duell). However, Sasha doesn’t want anyone else to suffer the same fate she has and will do her best to help stop these drugs from going to anyone else. Will Sasha survive long enough to help stop Cyrus?

General Hospital’s Cyrus has Jordan Ashford (Brianna Nicole Henry) over a barrel when it comes to his drug operation. Cyrus has almost killed Jordan’s son once, and he continues to keep a target on T.J. Ashford (Tajh Bellows) back. Cyrus is constantly reminding Jordan that her son works in his hospital, and he can target him at any time. Cyrus has made it abundantly clear that he will kill T.J. if need be.

Jordan is working with Portia Robinson (Brook Kerr) to bring Cyrus down without his knowledge. Jordan has also been keeping the fact that Marcus Taggert (Real Andrews) is alive a secret as well. However, Julian Jerome (William deVry) has already alerted Cyrus to Taggert’s existence again but Sonny Corinthos (Maurice Benard) and Ava Cassadine’s (Maura West) insistence. Will Jordan allow Sasha to bring down the man that tried to kill her twice? Is Sasha up for that task of taking down the drug kingpin?

Sasha will more than likely be just one more person after Cyrus and under Corinthos family protection. However, can Sonny keep everyone safe when he doesn’t know that Julian has already given up Taggert’s secret? Can Sonny help protect Sasha without blowing her cover? Will Trina Robinson (Sydney Mikayla) be the next person Cyrus goes after now that he knows Taggert is alive? Will Cyrus trust Sasha enough to let her get close to him again?

Days Of Our Lives Spoilers: Sarah Tries To Trick Philip Into Telling Her What He Was Up To While Away From Salem

Days Of Our Lives Spoilers: Allie Means Business – Pulls A Gun ON Tripp, Wants Him To Confess