Days Of Our Lives Spoilers: Sarah Tries To Trick Philip Into Telling Her What He Was Up To While Away From Salem 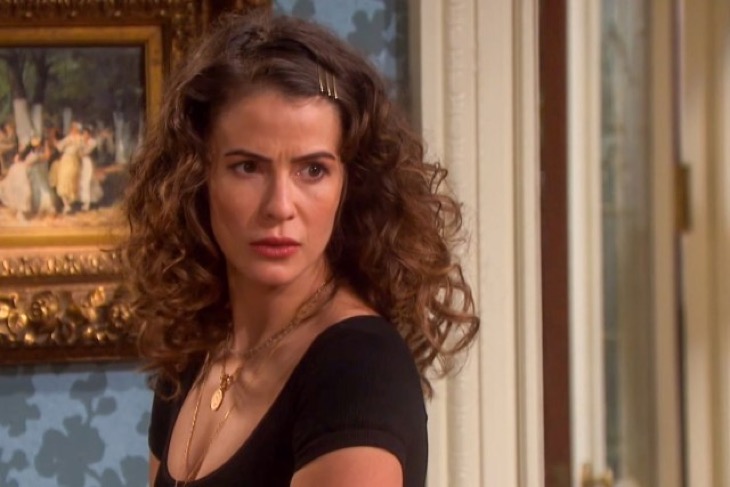 Days of Our Lives spoilers tease that Sarah Horton (Linsey Godfrey) will try to trick Philip Kiriakis (Jay Kenneth Johnson) into telling her what he was up to while away from Salem!

Days of Our Lives viewers will recall that Sarah has been spying on Philip in order to help Xander Kiriakis (Paul Telfer). Xander discovered that Philip was undermining Titan Industries by moving money around, and to Xander, it looked like either an embezzlement scheme or a money-laundering scheme, or perhaps a little bit of both. He reported it to Victor Kiriakis (John Aniston) but to no avail since Victor is Philip’s father and Philip has favored son status over Xander, who is only his nephew. Victor did install both men as co-CEOs of Titan, but Philip’s been trying to push Xander out – and now Xander knows why.

He’s just got to find the bodies, who they are, and where they’re buried so he can prove his allegations to Victor! So far, Sarah has discovered that Philip is seeing a woman – and followed him to her apartment, where she and Xander later broke into and Xander found a prison visitation tag in the trash for someone who visited Kristen DiMera (Stacy Haiduk). While Sarah works on Philip, Xander has plans to work on Kristen to see if he can get her to give her more information about the identity of her mysterious visitor.

Sarah has been friendly with Philip and has built a bit of a rapport with him at the cost of some misunderstandings on Xander’s part. Xander has been quite jealous of Sarah, and while she has no interest in Philip, Philip has done a fair bit of flirting with Sarah. It is Philip’s flirtations that Sarah plans to take advantage of, unaware that Philip flirts with her solely to irritate Xander! Sarah is going to play the femme fatale – in a sense – to get to Philip, and to get him to open up to her.

Her intention is to find out in which portion of his time away from Salem that he met “Angela Van DeCamp”, but of course she can’t reveal her name! That might clue Philip into Sarah’s previous snooping – that is if Ava Vitali (Tamara Braun) even told Philip about her visit to Kristen or any of her aliases – she probably did not although it’s possible. It all depends on how long he’s known Ava and how long they have been working together.

Sarah will probably tailor her questions along the line of asking him about if he dated anyone in his time away, and possibly bring up if he’s thinking about moving on with someone in Salem, considering his past obsession with Belle Brady (Martha Madison)! She knows that might give Philip a hint that she might be interested in him. But she will need to gain his trust to really open up to her, and that could take some time! She, like Xander, probably won’t hit pay dirt in one conversation!

The Young and the Restless Spoilers: Will Chance And Abby’s Wedding Go Off Without A Hitch?