Days of Our Lives Spoilers: Nicole Learns The Truth About The Baby Swap – Determined To Get Eric Back 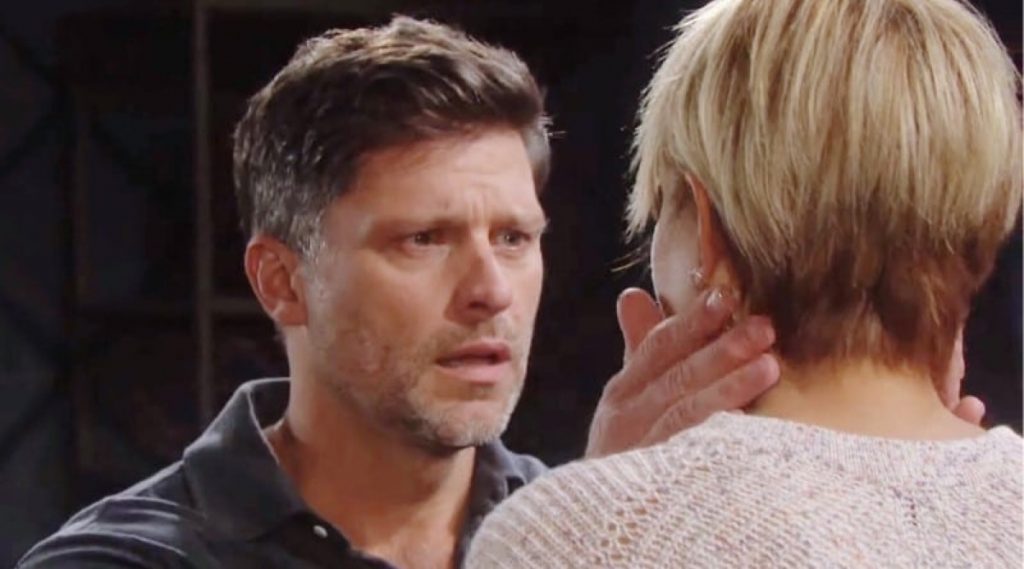 Days of Our Lives (DOOL) spoilers tease that Nicole Walker (Arianne Zucker) is slowly putting the pieces together about the baby swap! As viewers know, Victor Kiriakis (John Aniston) and Xander Cook (Paul Tefler) replaced Sarah Horton (Linsey Godfrey) and Erik Brady’s (Greg Vaughn) dead little girl with Kristin DiMera (Stacey Haiduk) and Brady Black’s (Eric Martsolf) very much alive little girl so that Maggie Horton (Suzanne Rogers) would never find out she was responsible for the death of her own granddaughter. Maggie recently learned that she had been driving drunk that night, and even though she doesn’t remember taking a drink or getting behind the wheel of a car, Xander found her passed out at the wheel.

Days of Our Lives Spoilers: The birthmark!

Brady recalled a very distinctive birthmark that his daughter had on her neck. Nicole will soon notice that little Mickey Horton has the exact same birthmark. This will be the proof that she needs to confirm her suspicions. But will she go directly to Erik with this information, or will Xander find out that Nicole knows the truth and threaten her into keeping silent? Xander is not above threatening violence in order to get what he wants? Or will he play on Nicole’s emotions?

General Hospital Spoilers: Brad Cooper Melts in Front of Sonny Corinthos – Will He Give Up Julian to Make a Deal with the Mob Boss?

Erik and Nicole recently had broken because of the fact that Nicole was aware that Erik was Mickey’s father. She had gone along with the lie that Xander was the father of Sarah’s little girl. When Nicole finally confessed the truth to Erik, he realized that she had known the truth for months. They just recently worked through Nicole’s lies. It seems unlikely that Nicole would keep another secret from Erik willingly.

But Xander has a lot riding on that secret never coming out. He and Victor could go to prison for their actions. And Sarah would never look at him the same way again. Look for him to resort to threats and possibly even blackmail to ensure Nicole’s silence. He even may point out how hurt Erik will be once he learns his daughter died. Nicole will be quite conflicted in the coming days, but will she tell the truth or fall in line with Xander and his lies?

Once Nicole learns the truth, will she tell Erik immediately? Or will Xander use every trick in the book to keep Nicole silent? Anything can happen, so stay tuned to Days of Our Lives airing weekdays on NBC. And don’t forget to check back here regularly for all your Days of Our Lives news, information and spoilers!