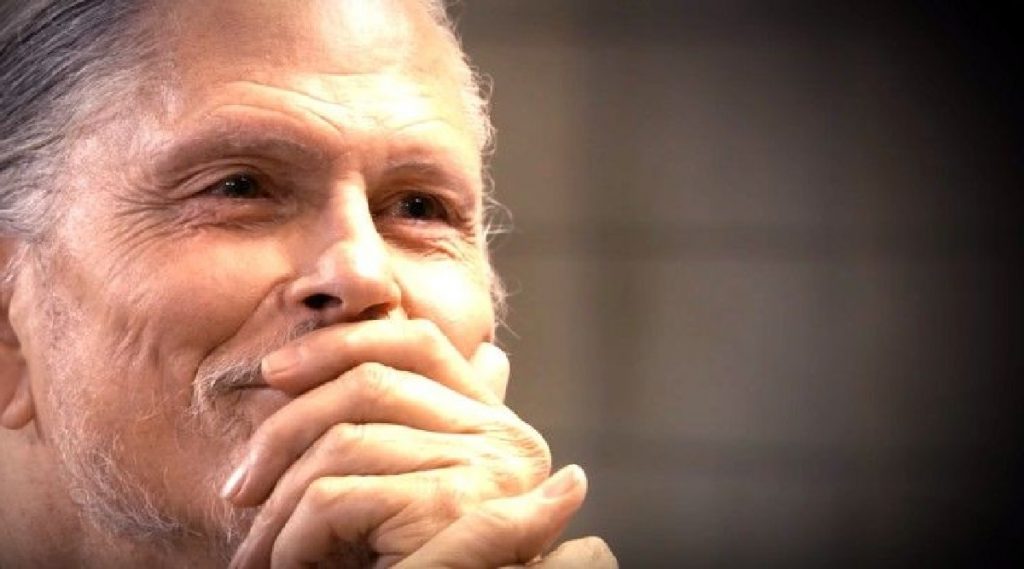 ABC General Hospital spoilers and rumors spill the sinister possibility that Martin Gray (Michael E. Knight) is the personal reason that Cyrus Renault (Jeff Kober) relocated to Port Charles. Cyrus made it a point to say that there is a personal reason he is in town but declined to divulge the details.

Speculation now indicates that the personal reason is a person, specifically Martin Gray.  Both are mysterious and shady, and similar enough in appearance to pass as having coming from the same family tree.

In fact, if Martin has been doing the legwork and homework for Cyrus, he should have a leg up by now, while Sonny thinks he’s nothing more than a newcomer.

Technically, Martin arrived in town for a job, that of representing vixen Nelle Benson (Chloe Lanier). He agreed to take her case even though it was far from a slam dunk.

His client list doesn’t stop there. Savvy Martin found ways to stick around and rub elbows with some very powerful people.

Was all of his maneuvering actually a fishing expedition in service of mining intel for Cyrus? Next he worked for Valentin Cassadine (James Patrick Stuart) when he needed the codicil in order to keep the Cassadine fortune.

Meanwhile, Cyrus is the second silver fox currently stalking Port Charles. Like Martin, viewers know little about him other than that he’s a mobster. And mobsters need lawyers almost as much as they need air!

Think about it, during his short time in Port Charles, Martin has met with several VIPS and been introduced to some movers and shakers like the Quartermaine family.  Who knows what those gorgeous ears have overheard, or perhaps planting bugging devices is more his thing?

Cyrus needs more than goons to run his operation, he needs brains. Take Sonny Corinthos (Maurice Benard) for example. He has Jason Morgan for strength and Diane Miller (Carolyn Hennesy) for sheer brilliance. We saw Cyrus with his muscle men when he met Sonny and Jason at the docks.

But we have yet to see the intellectual component of his business, besides himself of course.  Age is nothing but a number on soaps, could it be that Martin Gray is much more than a lawyer, but also Cyrus’ son and business partner?